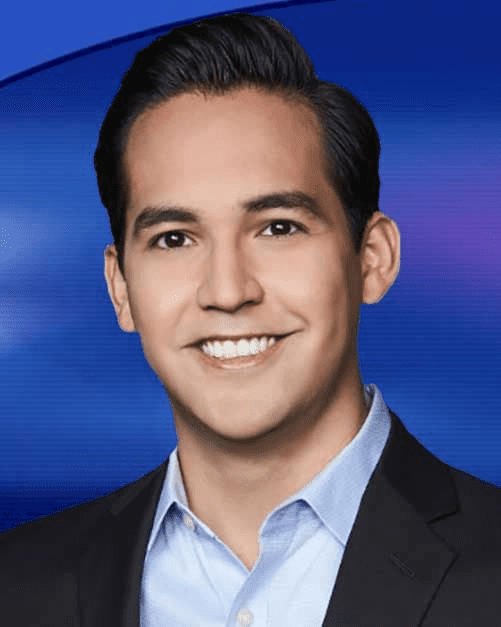 Polo Sandoval is a media personality serving as CNN correspondent based in New York. He joined the network in February 2014 as a national correspondent for CNN Newsource based in Washington D.C. Previously, he worked at KRGV-TV, a local ABC affiliate in South Texas.

Sandoval is American by nationality.

He graduated from Texas State University in San Marcos with a Bachelor’s degree in Mass Communication with a concentration in Electronic Media in 2007. He also attended The University of Texas-Pan American from 2003 to 2005.

Sandoval was born in the South Texas city of McAllen where he was raised by his parents until they relocated to northern Mexico in the mid-1980s. He spent much of his early childhood living in the Mexican city of Nuevo Laredo and commuting across the border daily with his mom so that he could attend Catholic school in Texas. His father is from Lebanon while his mother was born and raised in the United States. However, he has not revealed whether he has siblings or not.

He is married to Daniela.

Sandoval is a CNN U.S. correspondent based in New York. He joined the network in February 2014 and he covers a wide range of breaking news stories across the country for CNN and its sister networks CNNI, HLN and CNN Español. During his time at CNN Newsource in Washington, D.C., Sandoval’s responsibilities included daily custom coverage of national and international headlines for CNN’s 800 English- and Spanish-speaking affiliates.

Polo has also worked regularly with CNN U.S. on high-profile stories, which includes being on the ground for the outbreak of deadly tornadoes across the deep south, the tribute to the victims of the Boston Marathon bombing (2013), the riots in Baltimore (2015), the prison break in Dannemora, NY (2015) and the latest escape of drug lord Joaquin “El Chapo” Guzman (2016). In addition, he has covered hurricanes that hit British Virgin Islands, Puerto Rico and Houston (2017), he returned to Rio Grande Valley (his hometown) to cover the controversial immigration child separation (2018) and he also returned to south Texas to provide valuable on-the ground context and reporting regarding the border wall as the longest-running shutdown continued in Washington, D.C. (2019).

Sandoval worked at KRGV-TV, a local ABC affiliate in South Texas, before joining CNN. While he often worked the anchor desk, Sandoval’s passion for storytelling developed as bureau chief along the Texas-Mexico border. His assignments included immigration, homeland security, drug cartels and the resulting violence on both sides of the border.

Sandoval’s work has been recognized by the Texas Associate Press Broadcasters and the Lone Star Emmy chapter. He is a member of the National Association of Hispanic Journalists and enjoys mentoring young, up-coming journalists. In 2018, Sandoval was awarded Texas State University’s Young Alumni Rising Star.

“There are people — I know you’ve seen then — on other cable networks who laughed at the president the other day. It happened on ‘Morning Joe’ because I watched it, and it happened on CNN,” Ingraham said during a discussion of sex trafficking at the southern border.

Ingraham then played a clip of Sandoval giving a border “fact check” from an earlier CNN broadcast, which attempted to refute a number of President Donald Trump’s claims about the issue.