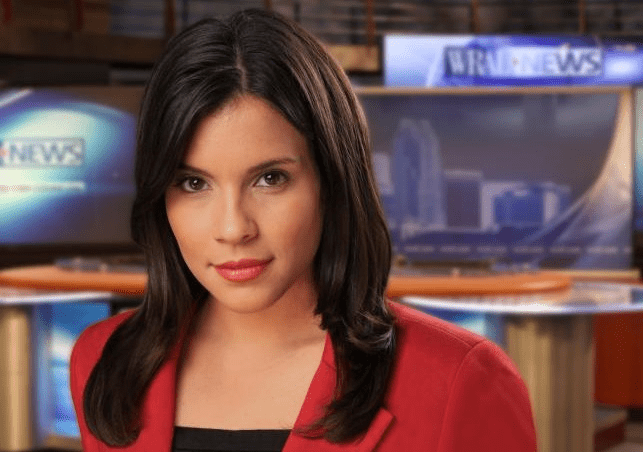 Leyla Santiago is a media personality serving as a correspondent for CNN based in Washington, D.C. She joined the network in 2016. Previously she was based in Mexico City. She was also an anchor and reporter for WRAL in Raleigh, North Carolina.

She is American by nationality and she is from Hispanic Ethnicity.

She received a Bachelor’s degree in Journalism and Broadcasting from the University of Florida in 2001. She is bilingual in English and Spanish.

Her parents and aunt, Hilda live in Corozal, Puerto Rico and were among those who were affected in 2017 when Hurricane Maria hit Puerto Rico. In a tweet Leyla confirmed that her family was ok and safe though many people from her hometown were not.

My family is ok. My hometown is not. https://t.co/w7lVidi1YL

She has twin siblings, a brother and a sister.

She is married to Zac Gooch, a videographer based in Mexico city. They met when Santiago was working at WRAL network.

Santiago is a correspondent for CNN based in Washington, D.C. She joined the network in 2016 and was previously based in Mexico City. Most recently, she extensively covered the aftermath of Hurricane Maria in Puerto Rico, which garnered a Peabody Award nomination as well as an Edward R. Murrow Award for CNN. She was also one of the first journalist to reach some of the most remote parts of the island and following her investigation into the death toll, the government added more cases to the official list of hurricane-related deaths.

Santiago traveled with a caravan of migrants for a month through México and telling their stories, and reported on the complexities of the journey and the immigration system.

Prior to joining CNN, Santiago was an anchor and reporter for WRAL in Raleigh, North Carolina, where she and her team won the prestigious Alfred I. DuPont award for the documentary ‘The Journey Alone.’ The documentary is about the surge in illegal immigration of unaccompanied minors from Central America and Mexico. Santiago traveled to the Rio Grande Valley, traced the path of the children and investigated how the crisis impacted North Carolina.

Santiago has also served as a morning anchor for KBAK/KBFX in Bakersfield, California; and as a reporter for KTUU in Anchorage, Alaska, and for NBC29 in Charlottesville, Virginia. She has won Emmy awards for her coverage of wildfires in California in 2010 and the crippling winter storm in Raleigh in 2014. In 2011, the Associated Press presented her with the Mark Twain award for best anchor.

She has an estimated net worth of $1.5 million.