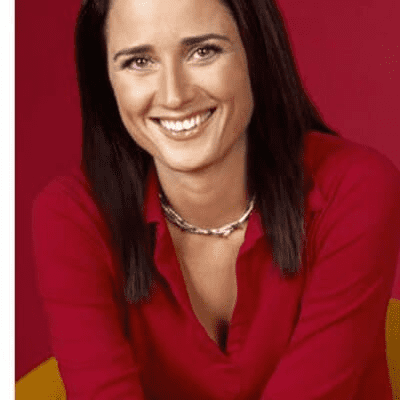 Paula Hancocks is an award-winning correspondent for CNN based in Seoul, South Korea. She joined the network in 1997 as a production assistant. Previously, she was based in Jerusalem as a reporter.

She was born in Welsh, Louisiana, United States though her date of birth is unknown.

She is a South Korean by nationality.

She has not revealed the names of her parents to the public. On March 23, 2019 during the CNN Philippines’ second women’s summit in Taguig Sunday, she thanks her parents for never making gender a reason for her to give up on something she wanted.

“Thank you for not making inequality an issue for me so I didn’t feel that I had to fight against it. I was surprised when I came up against it but it was something that I never felt I had to give in to because I was never prepared for the fact that I should give into it,”

Hancocks has an older brother.  During CNN Philippines’ second women’s summit in Taguig Sunday, Hancocks shared how she grew up in a family without gender bias. She was given as much opportunities as her older brother, and the same quality of education.

She hasn’t gone public on whether she is married, single or in a relationship.

Hancocks is a CNN correspondent based in Seoul, South Korea. She is responsible for covering major stories on the Korean peninsula and the surround ing region.

She has covered some of the biggest stories in Asia in recent years, including North Korea’s nuclear and missile tests, the Pyeongchang Olympics charm offensive and the subsequent Trump-Kim and inter-Korean summits.

South of the border, Hancocks has covered Seoul’s dealings with its neighbor, capturing the emotions of family reunions between the two Koreas in a special documentary called ‘The Long Goodbye’, as well as Presidential elections and an impeachment. She has also reported extensively from Myanmar on the victory of Nobel Peace Prize winner, Aung San Suu Kyi, in the historic parliamentary elections in 2012 and the dramatic opening up of the once isolated country.

Prior to taking up her position in Seoul, she was based in Jerusalem and reported on the 2008 Gaza war, smuggling tunnels and rocket factories in Gaza and the deadly confrontation aboard an aid ship bound for Gaza. On a daily basis, she covered the political intricacies of a never-ending peace effort and the anger and frustrations on both sides of the conflict.

Previously, she served as an international correspondent at CNN’s London bureau, reporting on a wide range of stories including the 2005 London bombings, the aftermath of the Iraq war and bombings in Istanbul. She joined CNN in 1997 as a production assistant.

Hancocks spearheaded an exclusive CNN documentary called ‘Escape from North Korea’, reported on the AirAsia plane crash in Indonesia and the sinking of the Sewol ferry in South Korea which was honored with a New York Festival award. She also covered the Israeli-Hezbollah conflict in 2006, for which the team won the Ed Murrow award.

Reporting on the devastating Typhoon Haiyan in the Philippines, Hancocks was aboard the first plane to land in Tacloban and was the first international journalist to report live from the ground. CNN’s reporting was recognized by the Royal Television Society winning the Best International News Coverage award. She also reported from Sri Lanka to cover the devastating impact of the 2004 Asia tsunami, for which the team won a DuPont-Columbia Award.

Hancocks has an estimated net worth ranging between $100,000 to $1 Million.