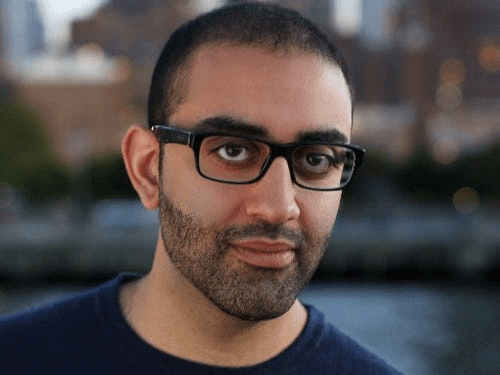 Oliver Darcy is a television personality serving as senior media reporter for CNN, covering the intersection of media, politics and technology. He joined the network in May 2017. Previously, he was the politics editor for Business Insider.

He was born in Washington State and he celebrates his birthday on August 20th every year though his year of birth is unknown.

He stands at a height of 5 feet 8 inches tall.

Darcy is American by nationality.

In 2011, Oliver graduated with a Bachelor of Arts degree in Political Science from the University of California, Merced.

Darcy is a first-generation Persian-American. His parents migrated from Iran to the United States along with much of his family. There is also not much information about his family, his parents identity and whether he has siblings or not.

Both of my parents migrated to the US from Iran, along with much of my family. What’s wrong with having a Persian ancestry? This comment from Graham — and the casual way in which he delivers it and then laughs — is really off-putting. https://t.co/g97uYSiBQj

Darcy is not married yet but he is engaged to his girl friend Elise Shae. On March 15, 2020, he took to his social media page to share the news of his engagement.

Here’s a photo of the moment I asked @elisemshae

Advertisement
to marry me, and a few others we took right after — so excited to share this news!! pic.twitter.com/BPTcSIP3rk

Darcy is a senior media reporter for CNN, covering the intersection of media, politics, and technology. He regularly appears on CNN and CNN International to offer reporting and on-air analysis of current events. He also regularly guest writes the acclaimed Reliable Sources newsletter, which covers the daily breaking news from the media beat, six days a week.

His reporting focuses largely on right-wing media and the role it plays in politics writ at large. He also regularly covers misinformation and conspiracy theories and how both have thrived in the Trump-era. Darcy has broken a number of stories on his beat, and is one of the leading national reporters covering media.

Prior to CNN, Darcy was the politics editor for Business Insider where he covered national politics during the 2016 election and oversaw a team of reporters. He was previously deputy managing editor of The Blaze from August 2013 to May 2016.