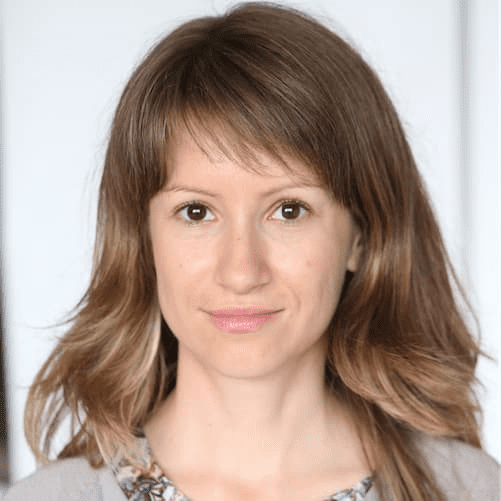 Olga Tokariuk is an independent Journalist and researcher on political and international relations analyst based in Kyiv, Ukraine. She is a former head of the foreign news desk at the independent Ukrainian Hromadske TV.

She was born on April 9. However, her year of birth is not disclosed.

Details about her stature are under review.

She is a Ukranian national.

She holds an MA in political science and international relations from the University of Bologna, Italy, and in journalism from the Taras Shevchenko University of Kyiv (Ukraine). She speaks fluent English and Italian.

Her parents’ identities remain undisclosed. It’s also not clear whether she has siblings.

Any information about her personal relationship life is not yet updated. It’s not clearly revealed whether she is married, divorced, single or in a relationship.

Being a Non-resident Fellow at the Center for European Policy Analysis CEPA, Olga has a wealthy experience working with Ukrainian and international media, such as EFE news agency (Spain), RAI, ANSA (Italy), BuzzFeed News, NPR (USA), ABC (Australia), RSI (Switzerland). Additionally, she is a former head of the foreign news desk at the independent Ukrainian Hromadske TV.

Her professional interests include Ukrainian politics, international affairs, and the study of disinformation and its impact on democracies worldwide. She co-authored an investigative documentary with a group of Italian journalists about the Italian photographer Andrea Rocchelli, killed in the Eastern Ukraine war in 2014, and the controversial trial of a Ukrainian soldier Vitaliy Markiv in Italy, thereby publishing a research paper on the role of Russian propaganda in this case.

From 2020-to 2021, she was a scholar with the Digital Sherlocks online course by the Atlantic Council Digital Forensic Research Lab, studying how disinformation works and ways to counter it.

Olga worked as a foreign news correspondent for various Ukrainian media between 2005 and 2020, where she was the head of the international news desk and presenter at independent Hromadske TV for 6 years, during which she became a co-founder of Hromadske International, one of the major Ukrainian news outlets in English.

Additionally, she comments on events in Ukraine for various international media, such as the BBC, Monocle24 (UK), CBC (Canada), Buzzfeed News (USA), ABC (Australia), and RSI (Switzerland). Her most extensive collaboration is with the Italian media, such as RAINews, Radio3 Mondo, Mediaset group, Il Foglio, Formiche, and Limes, having worked as a Kyiv correspondent for the Italian ANSA news agency  in 2014 and 2015.

“I am open to collaborations with international media companies, international organizations, and NGOs working in the areas of global affairs, communication, cybersecurity, OSINT, and fight against disinformation,” says Olga.

Olga Tokariuk Salary And Net Worth

Her salary and net worth are yet to be updated.