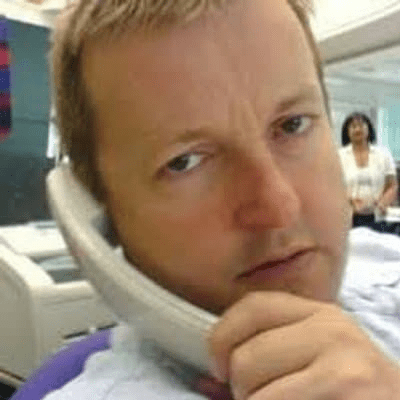 Neil Henderson is a media personality serving as Home and Foreign News Editor at BBC News. Previously, he was a News Editor for ITN. He was also ITV’s Assistant Producer in Manchester.

Henderson is British by nationality.

He went to Cheadle Hulme School. He also graduated from Lancaster University with a Bachelor of Arts in English and Theatre.

Henderson is married. However, his wife’s name is unknown.

He has two godchildren, a son, and a daughter.

Since September 2000, Henderson has been serving as Home and Foreign News Editor at BBC News. He is working across home and foreign news desks and in the field. He also has over 20 years of journalistic experience, including reporting, breaking news, special events, and managing teams and Bureaus in the UK and abroad.

Prior to joining BBC News, Henderson was a News Editor for ITN. He also worked as ITV’s Assistant Producer in Manchester from 1990 to 1995.

Tomorrow’s Papers Today is a blog where one can see the next day’s UK newspaper front and back pages. It was started by colleague Nick Sutton in the early days of Twitter, in 2011. Henderson would help out, before taking over in 2017 when Sutton stepped down.

During that time, Henderson said Twitter has gone from “the best party that you could go to, ever” to “a toxic wasteland”.

Now, abuse and trolls are part of that experience – even if the audience as a whole is “largely appreciative”.

“While I’m willing to blame Brexit,” Henderson said, “I’m not sure it’s wholly that. I think the problem is that our society is polarising.

“People are at odds and Twitter reflects that passion, that problem. The consensus isn’t there on Twitter. It’s [people] jutting into one another in a brittle, antagonistic kind of way.

Neil Henderson Salary and Net Worth