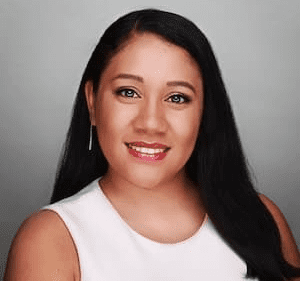 Mikhaela Singleton is an American media personality serving as the Weekend Evening Anchor and Weekday Reporter at WTEN in Albany, New York. She joined the news team in November 2019. Previously, she worked as the Weekend Anchor and General Assignment Reporter for WRBL News 3 in Columbus, Georgia.

Singleton is in her 30s. She was born on August 15th in Downers Grove, Ill, Chicago.

Singleton is a graduate of the prestigious University of Georgia Grady College of Journalism and Mass Communication. She graduated in 2015 with a Bachelor of Arts in Digital and Broadcast Journalism.

Singleton first went to college for film production. “Although I still love film history, I rediscovered my passion for journalism by anchoring the school announcements at Georgia State University. That’s when I decided to switch majors and transfer to the University of Georgia in Athens,” she says.

While in college, Singleton worked three jobs at once — at a clothing store, a bookshop, and as a business assistant. “I never got tired of it though, I love being busy,” she said.

She was also president of her high school drama club.

Mikhaela is of mixed descent. Her father’s side is Black while her mother’s side is Filipino. The big reason she moved up north was to be closer to her family. “Much of my dad’s side lives in Massachusetts and every summer of my childhood, I visited my Nana on Nantucket,” she says.

She also has a younger sister, Eliza, and they are five years apart. However, sometimes they get mistaken for twins. In addition, she has two stepsisters, Nia and Imani.

Despite being a media personality Singleton has managed to keep her marital status a secret. Therefore, it is not clear whether she is married, single, or in a relationship.

She is a proud dog mom of a 5-year-old German Shepherd mix named Iris. You’ll always find them running through the park, and when they get it, snow! Snow is Iris’s favorite!

Singleton is a Weekend Evening Anchor and Weekday Reporter at WTEN in Albany, New York. She joined the NEWS10 team in November 2019.

Singleton started in the news industry at WRBL-TV in Columbus, Georgia as a digital news intern, and over four years moved up the ranks to a reporter and finally weekend anchor. She has tackled major stories such as President Trump’s survey of natural disasters, voter fraud investigations, murder trials, and severe weather. She also takes great enjoyment in immersing herself in the local community reporting on animal rescue, charity events, and fun features on the unsung heroes right in your backyard.

When she isn’t at NEWS10, you’ll find her trying new things within the local Albany food culture, taking her dog to the park, or sitting down with a good book.