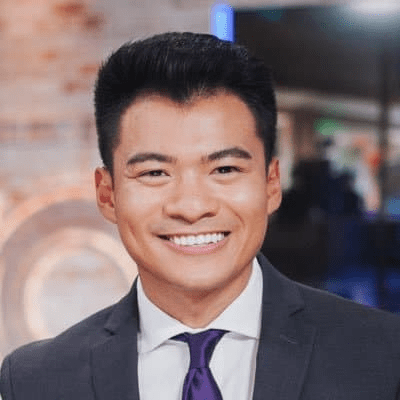 Miguel Octavio is a multi-skilled journalist serving as a news reporter for WTSP-TV, a CBS News affiliate in Tampa. He previously worked as a Reporter and Weekend Anchor for the KAAL-TV ABC 6 News, a post he held for 2 years 1 month at Rochester, Minnesota.

Miguel’s age still remains unveiled, though he came to Minneapolis at the age of 9 years.

His stature hasn’t yet been updated.

He was born in the Philippines and immigrated just outside of Minneapolis when he was 9. However, he hasn’t clearly revealed his nationality.

He attended Mound Westonka High School between 2010 – 2015. The multi-skilled journalist graduated from the University of Minnesota-Twin Cities in 2019 with a degree in Bachelor of Arts Journalism, Political Science.

Miguel says he is a proud son of a single mother who taught him the importance of looking after each other. Nonetheless, he hasn’t revealed any detailed information about her mother and family.

The seemingly vibrant multimedia personality has kept his social status a private affair. It is therefore not clear whether he is married, dating, or single.

In Sep 2021 Miguel joined WTSP-TV as a News Reporter in the Tampa Bay Area having served  KAAL-TV ABC 6 News both as a Reporter and weekend News Anchor for a period of 2years in Rochester, Minnesota.

Serving as a journalist he has delivered vastly. Octavio worked as nightside general assignment reporter

Advertisement
-Lead reporter covering city government, education, elections, George Floyd’s murder aftermath. At Rochester, Miguel says “I was privileged to have the Mayo Clinic in my backyard and shared what world-renowned experts knew as we first made sense of the pandemic (coronavirus developments). It was also a privilege to report information my community depended on from the state and local governments, and school districts.”

He also wrote, shot, edited, and did enterprise stories solo within southeast Minnesota and north Iowa communities.  At News21 he reported on the impact of federal disaster relief on impoverished communities through the Walter Cronkite School of Journalism & Mass Communication -Traveled to rural Carolinas for two weeks as part of the investigative project in 2019 in Phoenix, Arizona Area.

Octavio says he is lucky to have a job that gives him a front-row seat to what’s happening… “and what better place than here in Tampa Bay.”