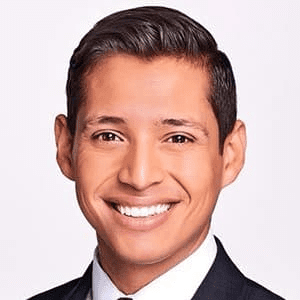 Martinez-Valle is 28 years old. He was born in 1993, in Guaymas, Mexico, in the United States of America.

Miguel earned a Bachelor’s degree in Journalism from Michigan State University in 2015.

Martinez-Valle was born in Guaymas, Mexico, and he comes from a supportive Mexican family.

When he was five, his family moved to Tucson, which was bi-cultural and bi-lingual.

“I was born in northern Mexico. When I was five, my family moved to Tucson, which was bi-cultural and bi-lingual. I spoke Spanish at home and quickly learned English in school and I think my passion for wanting to positively represent minorities and immigrants really began here.”

He has brothers. However, there is very little information about them.

Feliz Navidad, from my familia to yours! My parents and brothers couldn’t be with me this year for the holidays (Theyre partying in Mexico) but my holiday was filled with so much love from my Abueltia and my other family! ❤️ pic.twitter.com/t1z6tMlys9

Martinez-Valle is gay. He is also in a relationship with his boyfriend. However, not much is known about his partner.

“I am most passionate about getting to know the community and sharing people’s stories,” said Miguel.

“The shooting itself was heartbreaking to cover. However, the aftermath, watching the community pull together to give blood, donate money, and comfort each other was truly inspiring.”

Miguel has also been fortunate to travel for some historic celebrations, such as the 2018 Eagles Superbowl win and the celebrations that followed.

Miguel has been recognized with a Pacific Southwest Emmy® award for his coverage of the 2016 Presidential Debate in Las Vegas, and most recently a Mid-Atlantic Emmy for his work with the Telemundo62 team.

He is passionate about LGBTQ issues, immigration, and expanding positive minority representation on television. He is also currently serving as the President of the Philadelphia chapter of the National Association of Hispanic Journalists, and as the co-lead for OUT@NBCUniversal in Philadelphia.

When Miguel is not on the news, he enjoys traveling, hiking, going to brunch, and listening to podcasts.