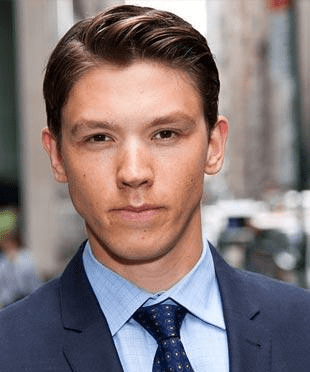 Matt Finn is an award-winning journalist serving as a national correspondent for Fox News Channel (FNC) based in Chicago. He joined Fox News Media in 2013 as an Ailes Junior Reporter based in Las Vegas, Nevada. Previously, he was a reporter and anchor for KIMA-TV in Washington.

He was born in July 24 in the United States. However his age is unknown since he hasn’t revealed the year he was born.

Finn is an American national and he belongs to the white ethnicity.

He received a Bachelor’s degree in Broadcast Journalism from Temple University in Philadelphia. He also studied as a Public Relations reporter for the Dean’s Office at the Fox School of Business.

Finn is the son of a military soldier who served in the US Navy. However there is little information about his mother. He often post his parents on his social media pages although it is unknown whether he has siblings or not.

When it comes to his personal life, Matt is very private. He hasn’t disclosed to the public whether he is married, single or in a relationship.

Finn serves as a national correspondent for Fox News Channel (FNC) based in Chicago. He began working with Fox News in 2013 as an Ailes Junior Reporter based in Las Vegas, Nevada. Most recently, he provided the latest breaking election news from Michigan during FNC’s Democracy 2020 election coverage. In addition to this, he has covered major news stories for the network including, the death of Prince, the protests in the streets of Chicago surrounding the death of Laquan McDonald along with the 2016 presidential election, among other events. He also extensively reported on the death of the Fox Lake police officer, Lt. Joe Gliniewicz, who staged his own suicide to look like a murder.

Previously while based in Las Vegas, he covered the initial Bundy ranch showdown in the Nevada desert. Prior to joining FNC, he was a reporter and anchor for KIMA-TV in Washington and a producer and stand-in reporter at WBRE-TV in Wilkes-Barre, PA.

Finn is the recipient of several awards including two separate investigative reporting awards from the Society of Professional Journalists and the Peter Lisagor award for in-depth reporting. He was a Philadelphia street reporter for Philadelphia Neighborhoods, a student intern at WRTI radio, reporter for The Temple News as well as an anchor intern for a semester at NBC 10.