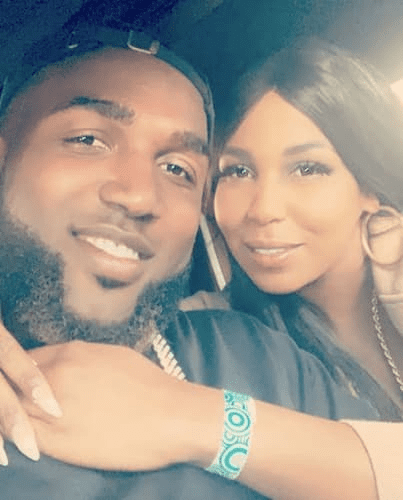 Genesis Guzman is the wife of Marcell Ozuna, a Dominican professional baseball outfielder and designated hitter for the Atlanta Braves of Major League Baseball (MLB). Previously, he played in MLB for the Miami Marlins and St. Louis Cardinals.

She was born on February 17, 1991, in Santa Clara, California, United States.

She stands at a height of 5 feet and 5 inches tall.

She is an American national and she belongs to the Dominican-American ethnicity.

When it comes to her parents, she is keeping a low profile. It is also not clear whether she has siblings or not.

Guzman is married to her husband, Marcell Ozuna nicknamed ‘The Big Bear’. They got married in a small private gathering in the Dominican Republic. She wore a corset top with white trousers while her husband wore a blue shirt with black trousers in their ceremony.

Ozuna is a Dominican profession al baseball outfielder and designated hitter for the Atlanta Braves of Major League Baseball (MLB). Previously, he played in MLB for the Miami Marlins and St. Louis Cardinals. He made his MLB debut in 2013 with the Marlins. He was also signed by the Marlins as an amateur free agent in 2008. Marcell is a two-time MLB All-Star (2016, 2017), and won both a Gold Glove and a Silver Slugger Award in 2017, his breakout season.

He was born on November 12, 1990, in Santa Domingo, Dominican Republic. His father was a painter by profession while his mother Bella was a housekeeper. He is the cousin of former MLB player Pablo Ozuna.

On May 29, 2021, Marcell was arrested for aggravated assault strangulation, and battery-family violence after he reportedly strangled his wife, Genesis threw her against a wall, and struck her with the cast on his broken fingers.

Major League Baseball is expected to open an investigation into the matter. According to Fulton County jail records, he was arrested by Sandy Springs Police Department. The official Twitter account of Atlanta Braves also shared an official statement after his arrest saying that they fully support Major League Baseball’s policy on domestic violence.

Statement from the Atlanta Braves: pic.twitter.com/qISsfrUAiL

She has three children with her husband, Ozuna. A daughter and two sons.

In 2020, Guzman was arrested on a misdemeanor domestic battery charge. She was charged with domestic battery after she allegedly hit her husband, Marcell with a soap dish causing a “small laceration” on his face. She was booked into a Miami-Dade jail on May 29, 2020, after a two-week investigation and she pleaded not guilty to the charge.