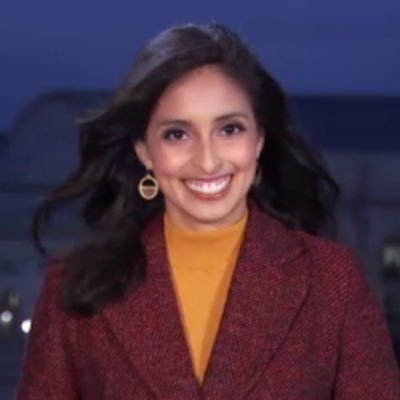 Marianna Sotomayor is an American media personality serving as a Congressional Reporter at The Washington Post. She reports on Democratic and Republican leadership in the House of Representatives for The Washington Post. Previously, she covered Congress and Joe Biden’s presidential campaign for NBC.

Marianna graduated from The George Washington University with a BA in Political Communication in 2015. In 2016, she received a Master’s degree in Media and Strategic Communication from the same university.

She has diverse skills in digital media after nearly four years of reporting for GW’s student-run television station, GW-TV. She has also interned at Campaigns and Elections Magazine, The Hill, CNN’s Washington Bureau and was chosen to participate in POLITICO’s Journalism Institute in 2014.

Marianna’s parents Eduardo Sotomayor and Maria Gavancho Sotomayor are both doctors. She was also raised in  Florida alongside her brother Eduardo Jr.

Sotomayor is not married. However, she was previously in a six-year relationship with Maximillian Blinder, a law student at George Washington University Law School.

Before joining The Post in 2021, Sotomayor spent five years at NBC News, where she covered Congress and Joe Biden’s presidential campaign.

She is a member of the National Association of Hispanic Journalists. She also speaks Spanish in addition to English.

Marianna Sotomayor Salary and Net Worth

Is Marianna Sotomayor the daughter of Justice Sotomayor?

Marianna Sotomayor is not related to Justice Sotomayor. She is the daughter of Dr. Eduardo Sotomayor and Dr. Maria Gavancho Sotomayor.

Who is Marianna Sotomayor related to?