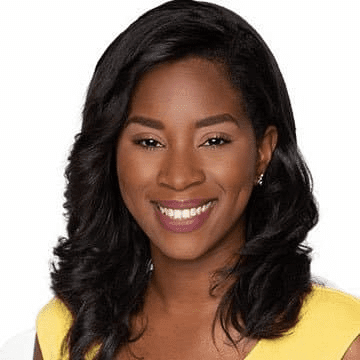 Marcine was born and raised in Miami, Florida. She is Caribbean and her family is from Haiti. She speaks both Kreyol and French. Marcine also speaks a little bit of Spanish from growing up in South Florida.

On March 3, 2022, during an interview with Voyage Jacksonville, Marcine stated that her parents are her biggest cheerleaders.

“My mom and dad are so supportive of my career even when I had to leave South Florida,” she added.

Marcine is married. However, there isn’t a lot of information about her husband. The couple tied the knot late this year.

Marcine is a Morning Traffic Anchor. She joined Action News Jax in January 2022.

Previously, she was a News Reporter and fill-in Traffic Anchor at the NBC station in Miami, FL, where she covered the Surfside Condo Collapse tragedy and the deadly El Mula Concert Hall shooting. She also did a stint in Sarasota, FL as a reporter at the ABC affiliate station.

Also in Miami, Marcine worked as an Assignment Editor with the ABC Affiliate for three years. During her tenure, she worked on major stories such as the Marjory Stoneman Douglas High School shooting, rapper XXXtentacion’s death, Hurricane Irma coverage, and more. She also did traffic reporting and made her on-air debut as a Traffic Anchor.

Marcine is excited to be in Jacksonville and wants to help the residents navigate their morning commute.