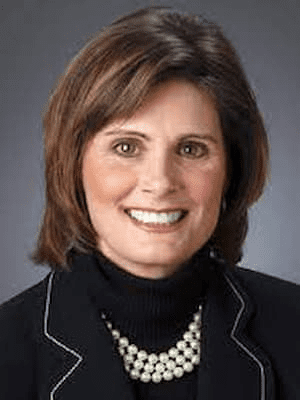 Linda Wagar is an Emmy Award-Winning Consumer and Investigative Reporter for Fox 4 News. Previously, she was a reporter covering the Kentucky state government for WLEX-TV in Lexington, Kentucky.

A graduate of the University of Kentucky, Linda holds a Bachelor of Arts degree in Political Science. She also speaks Norwegian and studied History, Politics, and Norwegian for a year at Bjertnes Videre Goende Skole in Nittedal, Norway.

She is a California native. However, there is no information about her family background, parents’ identities, and siblings.

Linda and her husband reside in Kansas City, Missouri. The couple’s son, Clay works as an economist in Washington DC. In her free time, Linda enjoys cooking, traveling, and learning to speak French badly.

Linda is an Emmy Award-Winning Consumer and Investigative Reporter for Fox 4 News. She brings 30 years of newsgathering experience to her position as an Investigative Reporter and Problem Solver for FOX 4. She began her career covering crime news and local government for newspapers in Oregon and Indiana. Linda then worked for United Press International as an editor and later as UPI’s statehouse correspondent in Kentucky.

After leaving UPI, Linda spent seven years as senior editor for a national magazine that covered issues facing state governments. Her articles explored the rebuilding of Los Angeles after the Rodney King riots, the influence of lobbyist spending on state lawmakers, and the questionable use of lottery and gambling revenue in some states.

A television appearance in 1994 led to Linda’s move into television news. Linda was covering the National Governors Association’s annual meeting for her magazine when she was interviewed for a segment on C-Span. The general manager for WLEX-TV in Lexington, Kentucky, saw her and hired her to cover the Kentucky state government.

Five years later, Linda joined FOX 4 as an investigative reporter. Her work prompted the Ray County prosecutor’s office to file murder charges in a case originally called a suicide. She also exposed corrupt dealings by an Independence transmission repair shop. In addition, her stories shut down a Lenexa travel agency that was defrauding senior citizens, uncovered price gouging by local pharmacies, and exposed a local minister who was passing bad checks.

Linda’s work has been recognized with three Emmy awards for investigative and general news reporting. In addition, she has several awards from the Missouri Broadcasters Association for best documentary, best news series, and best feature story.

Linda Wagar Salary and Net Worth