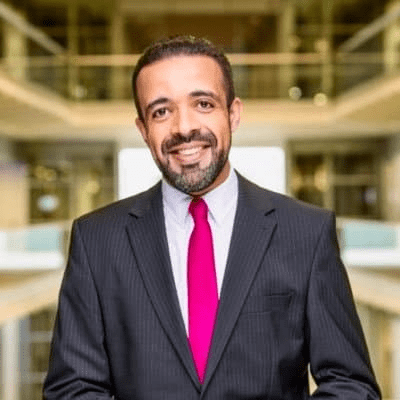 Liam Dutton is a media personality serving as a weather presenter for Channel 4 News. Previously, he was a Broadcast Meteorologist at BBC.

He was born in Cardiff and he is 40 years old.

On completing his A-Levels, he decided on a BSc. (Hons) Geography degree at the University of Wales, Swansea. His interest in weather led him to specialize in physical geography, opting for weather and climate related modules, as well as doing some mathematics for scientists.

In June 2002, Dutton graduated with a 2:1, describing graduation day as, “one of the best days of his life”.

In January 2007, Dutton took a 9-month break from broadcasting to undertake further meteorological training at the Met Office College in Exeter.

Liam was born and raised in Cardiff. His love for weather began when he was young.

“There was really bad snow at school once when I was young and if there was a storm my parents had to drag me away from the window,” he said. “I was young, I didn’t know why I loved the weather so much.”

He has managed to keep his personal life away from the limelight. It is therefore not known whether he is married, single or in a relationship. He hasn’t also revealed whether he has children or not.

Dutton is the weather presenter for Channel 4 News. Two weeks before graduating, he applied for a job as a Broadcast Assistant at the BBC Weather Centre. After an interview and screen-test, he was offered the job joining the weather centre in October 2002.

After settling in to the job, Liam started his broadcast training in January 2003, and got up to speed with broadcasting very quickly. He presented his first ever weather forecast, at the tender age of 22, on BBC Wales Today in June 2003. For the following 3 years, Liam travelled around the UK as a roving weatherman, broadcasting the weather in many of the BBC nations and regions as holiday cover for the main presenters.

In 2006 he began presenting for national and international BBC outlets such as BBC News 24 and BBC World, as well as Radio 4.

Liam returned to the BBC Weather Centre in September 2007 to broadcast across a wide range of BBC channels, regularly appearing on BBC News, BBC World News and BBC Breakfast on BBC One at the weekends. In addition he was also an established voice of weather on the Today programme on Radio 4.

In September 2011 it was announced that Liam would be leaving the BBC to join Channel 4 News as the programme’s first ever weather presenter. As Channel 4 News’ Weatherman, Liam now presents a forecast after the news each weekday evening, as well as writing a weather blog and leading the Channel 4 Weather website. He also uses social media to engage with viewers on all things weather related.

Apart from his career in presenting weather, Liam enjoys music. He is a keen pianist who enjoys composing his own music. Liam’s other interests include gadgets and new technology, nature, and travel. He also enjoys cuisine, although doesn’t have as much time as he’d like to cook.

He is currently writing a non-fiction children’s book about the weather for 9-12 year old’s. It is due for publication in August 2022.

In September 2015, Liam became an overnight global sensation after saying Llanfairpwllgwyngyllgogerychwyrndrobwllllantysiliogogogoch, a village in north west Wales, in his evening weather forecast.

His flawless pronunciation of the 58-letter place name – the longest in Europe – garnered a total of more than 20 million views on YouTube and Facebook within a week and dominated the media around the world. Liam was interviewed by Wales Online, BBC Radio 5 Live, Canadian breakfast television and beyond, as well as featuring in Time magazine, the New York Times, MTV and Perez Hilton.

He was praised by Catherine Zeta Jones, and TV anchors around the world were so impressed by his mind-blowing effort that they tried to outdo him, but with little success.

Liam Dutton Salary and Net Worth