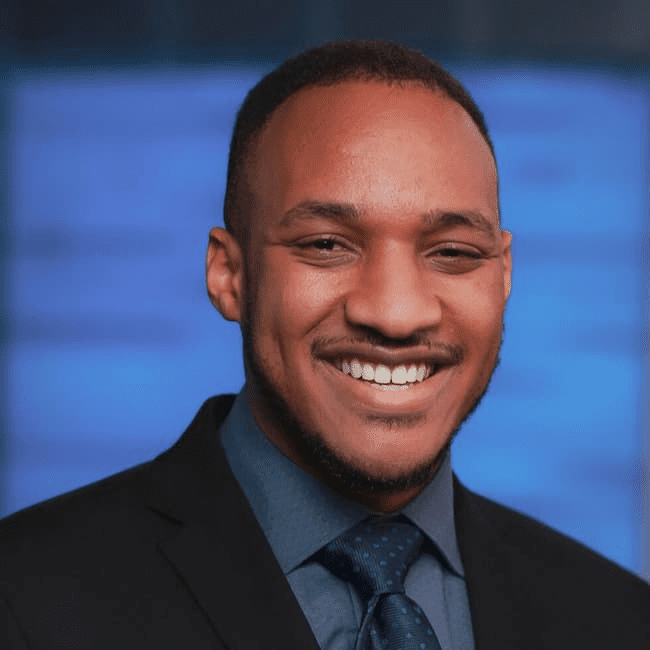 Jonathan Skinner is a media personality serving as a reporter for WBRC FOX6 News in Birmingham, Alabama since October 2020. Previously, he was a weekend anchor at WICU 12News in Erie, Pennsylvania.

He was born in Brooklyn, New York. However his age is unknown.

Skinner is American by nationality.

He was born in Brooklyn, NY but grew up in Fayetteville/Hope Mills, NC. His biggest role models are his parents. He says they taught him everything he needs to know about being a man and husband.

He also has a younger sister and she has a son named James Jonathan.

Jonathan has been married to Ebony Skinner for five years. While studying at Morehouse College in Atlanta, he met his wife who graduated from Spelman College.

Skinner joined the WBRC FOX6 News family as a reporter in October 2020. When he was appointed he said, “it’s a blessing to be able to come to Birmingham and work in one of the best cities in the south.”

Before coming to Birmingham, he worked as a Weekend Anchor/MMJ at Erie News Now in Erie, PA. There, he covered a wide range of stories in Erie and the tri-state region, from the protests around social injustices, to the COVID-19 pandemic, and more.

Outside of work, being involved in his faith community is extremely important to Jonathan. He’s also a sports fanatic. NCAA football and basketball, the NBA, NFL, MLS, and international soccer are his favorites to follow. Growing up in North Carolina, he’s a diehard Panthers, Hornets, Hurricanes, and Tarheels fan, but he also roots for the Yankees in baseball. When Jonathan’s not watching sports, he’s playing them virtually. He’s a huge gamer and challenges anyone to play him on Madden, FIFA, or NBA 2K.

Jonathan Skinner Salary and Net Worth