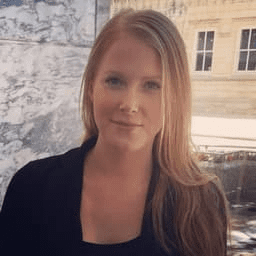 Kristen Shilton is a media personality serving as a senior NHL writer, covering the league as an analyst across platforms. Previously, she was a Toronto Maple Leaf beat reporter in Canada.

Shilton is tall in stature but her height is undisclosed.

Shilton went to Wilfrid Laurier University from 2007 to 2010 where he graduated with a bachelor’s degree in English. She then joined Loyalist College and graduated in 2011 having studied sports journalism. In 2012 she graduated from Syracuse University with a master’s in Magazine, Newspaper, and online journalism.

Additionally, she went to the S.I. Newhouse School of public communication at Syracuse University where she graduated with a Master of Arts degree in sports communication.

Talking about her parents, she has not shared details about her parents. However, she credits her mother with Instilling a love for sports in her. Her maternal grandfather was a huge fan of hockey particularly, the Toronto Maple leaf. Baseball is also a big deal in her family. Additionally, she has a brother.

Despite being a media personality she has managed to keep her personal life secretive. It’s not clear whether she is married, dating, or single.

Kriste is a senior NHL writer, covering the league as an analyst across platforms. She writes news stories and features during the season and can be seen and heard on ESPN podcasts, SportsCenter, The Point, and more. She will also be a part of the on-air talent for The Walt Disney Company’s coverage of the National Hockey League.

Prior to joining ESPN in October 2021, she covered the Toronto Maple Leafs across all of TSN’s platforms. Signing on with TSN in 2016, she wrote columns and stories for TSN.ca, co-hosted Leaf’s radio broadcasts, acted as a rinkside host for Leaf’s broadcasts, co-created the Leaf’s 3-in-3 broadcast segments, and appeared on SportsCentre, That’s Hockey and across TSN1050 radio programs.

She joined TSN from USA TODAY, working as a digital sports producer and hockey writer for two seasons. She reported on a slate of significant sporting events including the NHL playoffs and contributed stories both in print and online for USA TDOAY and its pop culture-sports hybrid site, For The Win.

She also produced sports news content for USA TODAY’s social media platforms, including Twitter and Facebook. Prior to her time at USA TODAY, she spent nearly two years with the Chicago Wolves, the Vancouver Canucks’ American Hockey League affiliate, beginning as a Communications Assistant and then as the team’s Digital Media Coordinator.