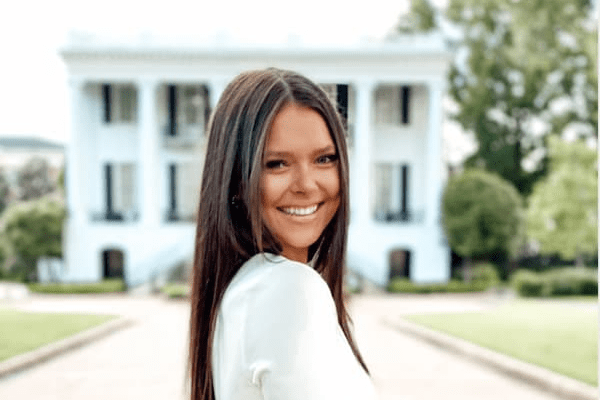 Kenzie Beach is an American media personality serving as a Reporter and Fill-in Anchor at WRBL. Previously, she worked as a Multi-Media Journalist at the University of Alabama.

Kenzie attended JSerra Catholic High School from 2012 – 2016. She then joined the University of Alabama where she majored in News and Sports Media and minored in Communication Studies graduating in 2020.

She spent her summers in college in the newsroom at SportsNet New York (SNY) and was a Field Reporter for the Palm Springs Collegiate League.

Kenzie was also a beat reporter covering an array of topics including National and Local Food, Student Life, and Hillcrest Baseball. In addition, she was the Food and Health Editor for Alice Magazine, an all-female ran student publication.

Beach has kept her personal life away from the limelight. Therefore, there is no information on whether she is married, single, or in a relationship.

Kenzie is a Reporter and Fill-in Anchor at WRBL. She started her career in Columbus, Georgia in August 2021 after graduating from The University of Alabama.

In the summer of 2019, Kenzie was a Field Reporter for the Palm Springs Collegiate League. There she wrote her own scripts and collected player stats prior to interviewing players and coaches post-game. She also filmed games and cut post-game highlights. She also co-hosted the PSCL All-Star Game.

She previously spent time interning at SportsNet New York (SNY) in the newsroom. Where she worked side by side with on-air talent while writing scripts on a daily basis and screened and logged all games to add to the media library. In this setting, she was exposed to breaking news. She also sat in on edit bays and assisted in selecting and cutting highlights for the post-gameshow. She also shadowed field reporters at Citi Field.

While at The University of Alabama Kenzie was a beat reporter covering an array of topics. Including National and Local Food, Student Life, and Hillcrest Baseball. Kenzie was also the Food and Health Editor for Alice Magazine, an all-female ran student publication.

She is a proud member of the Society of Professional Journalists, the Association of Women in Sports Media, and The Radio Television Digital News Association.

Outside of reporting Kenzie loves a spontaneous trip and is passionate about sports, fitness, and never misses a sunset.