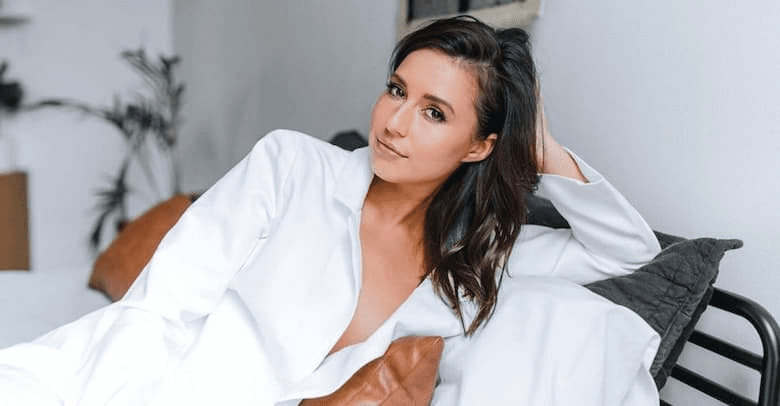 Katie Thurston is a television personality and a Bank Marketing Manager in Washington state. She is also the star on the 17th season of Bachelorette. Previously, she was a contestant on the 25th season of The Bachelor and was eliminated in week 6.

Thurston was born on January 3, 1991 in Lynnwood, Washington, United States. She is 30 years old.

On her 30th birthday, she posted on her Instagram page, ” Today marks the last day of my twenties. Life really does pass by quickly. If I died tomorrow, I wouldn’t be happy with what I’ve accomplished. I followed “the rules” of life. Get the career. Save the money. Start that 401k. Buy the house. And for what? An entire decade to pass without feeling fulfilled? This past year, I finally unapologetically loved who I am. I lost people along the way. And that’s ok.”

“We aren’t meant to please everyone. What I do know is life is too short to feel unfulfilled. So what fills your heart? What makes you happy? I’ve enjoyed making people laugh this summer during what felt like a dark time for so many. I’ve enjoyed learning from my diverse community and hearing their stories. You all have taught me so much! I don’t know what the future holds for me but I’m excited to bring you all along for the ride! I will passionately pursue a fulfilled life and refuse to let this next decade pass by without purpose.”

Katie is around 5 feet and 7 inches tall. However, fans are wondering whether she is really short or all the men in Bachelorette season 17 are 7ft tall.

Are all these men 7ft tall or is Katie really short ? #bachelorette #TheBachelorette

She is an American citizen and she belongs to the White ethnicity.

Thurston graduated from Lynnwood High School. While there, she played volleyball and her position was libero, a designated back-row player.

However, she hasn’t disclosed which college she attended.

Katie lost her dad in 2012. She opened up to Sarah Trott, The Bachelor contestant on the January 18 episode of the show. She has also mentioned her mother and sister on TikTok.

Thurston does not have kids yet and she is not sure whether kids is her priority now. On Twitter she posted, “It’s ok to be a woman and possibly not want children or to be unsure at the current stage of your life.”

It’s ok to be a woman and possibly not want children or to be unsure at the current stage of your life. https://t.co/sqLj6x96RY

The Bachelorette Season 17 premiered on June 7, 2021 and it’s aired on ABC. Katie is the star of the show. Recently, she teased what to expect from her journey when speaking with E! News. She revealed there are “multiple love stories,” confirming that she fell for multiple people on her season. She also noted that it was going to be difficult to watch heartbreaking moments, including one about her late father.

However, even though Katie didn’t give too much away about her winner on The Bachelorette Season 17, Reality Steve shared spoilers about the lead’s final picks. Ahead of the premiere, the franchise blogger revealed Katie’s alleged top four contestants.

In a post on Instagram, Reality Steve claimed Greg Grippo, Justin Glaze, Andrew Spencer and Blake Moynes will be Katie’s final four. Of course, many Bachelor Nation fans have been buzzing about two of those names already. Previously, Reality Steve reported that Greg will be Katie’s first impression rose winner. The contestant has also been featured heavily in the promo trailers. Meanwhile, Blake was on Tayshia and Clare Crawley’s season of The Bachelorette.

The June 7 premiere will be released at 8 p.m. ET. Then new episodes will drop weekly every Monday night.

Thurston first appeared as a contestant on Matt James’ season of The Bachelor, where she finished in 11th place after being eliminated in week 6. During her time on The Bachelor, she became a fan favorite after standing up to the bullying in the house.

The Washington native bought a house in 2020.