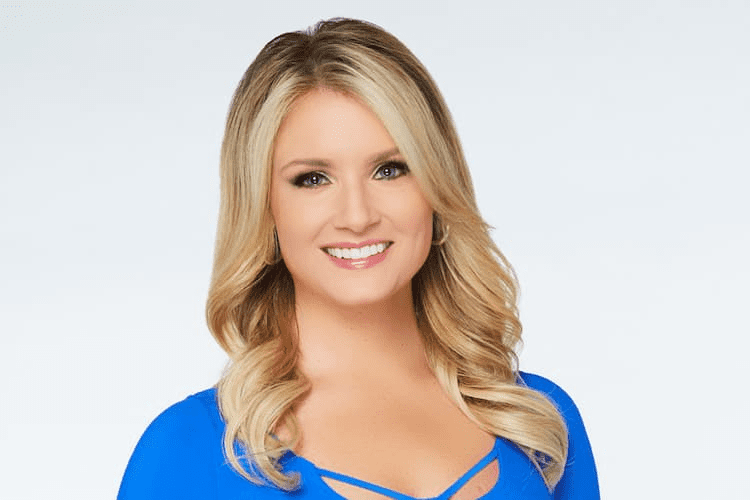 Jillian Mele is an Emmy award-winning journalist serving as a co-host of FOX & Friends First on Fox News Channel aired on weekdays from 4-6 AM/ET alongside Todd Piro. She is also a member of FNC’s morning show franchise, FOX & Friends (weekdays 6-9 AM/ET). Previously, she was a co-host on Comcast Sports Net Philadelphia’s (CSN Philly) local morning news program, Breakfast on Broadwhere.

Mele was born on September 17, 1982 in Philadelphia, Pennsylvania, United States. She is 38 years old.

Mele is an American citizen and she belongs to the White ethnicity.

While in High School, Jillian worked as a grocery store clerk. In 2001, she joined the University of Scranton. She later graduated with a Bachelor of Arts in Communication from La Salle University in 2005.

Mele was raised by her parents Roseann Zlemek Mele (mother) and Thomas Mele(father). Her mother is a registered nurse for more than 25 years.

She also has a younger brother who is gay.

The award winning journalist isn’t married. Instead she’s in a relationship with a guy whose identity she has kept out of the limelight. In 2016, she tweeted; “I have a boyfriend, but thank you.”

I have a boyfriend, but thank you

Mele is a co-host of FOX News Channel’s (FNC) FOX & Friends First (weekdays 4-6 AM/ET) alongside Todd Piro. In addition, she serves as a member of FNC’s morning show franchise, FOX & Friends (weekdays 6-9 AM/ET) where she reports on the latest news headlines and contributes to daily segments. She joined the network in March 2017.
Prior to joining FNC, Mele served as a co-host on Comcast Sports Net Philadelphia’s (CSN Philly) local morning news program, Breakfast on Broadwhere she earned an Emmy Award for her work.

Earlier in her career, she spent seven years with WCAU-TV (NBC 10) in Philadelphia, PA and reported in various capacities, including as a news, sports and traffic reporter. She got her on-air start as a local news anchor for stations in Presque Isle, Maine, and Binghamton, New York. Additionally, while enrolled in college, she held an internship with CSN Philly.

Growing up, Jillian had interest in various sports. For 13 years she practiced ballet. She had a deep love for it, for tap and for jazz. However, she stopped dancing as she got older.

Because of her love for sport, Jillian has had so many adventures. In 2009, she climbed Mt. Sinai in Egypt with her brother. She also climbed Grand Canyon trail in one day.

Mele earns an average salary ranging between $83K to $85K annually. She also has an estimated net worth of $900K.