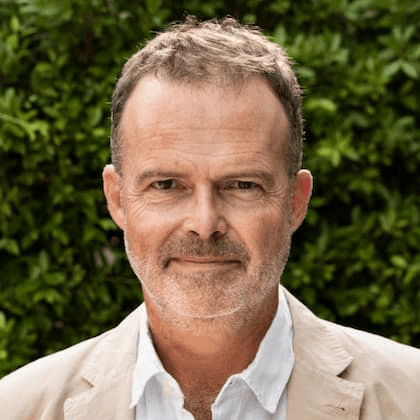 Jonathan Miller is a media personality serving as Channel 4 News’ Foreign Affairs Correspondent based in Bangkok. He is also the author of Duterte Harry: Fire and Fury in the Philippines, a biography of the Philippine President, Rodrigo Duterte.

He was born in Derry, Ireland. However his age is unknown.

Miller is an Irish by nationality.

Miller was born in Derry, Ireland, and has lived much of his life in Southeast Asia. However he hasn’t revealed any information about his parents to the public. He hasn’t also disclosed whether he has siblings or not.

Despite being a media personality, Jonathan has managed to keep his personal life away from the limelight. It is therefore not known whether he is married, single or in a relationship. He hasn’t also revealed whether he has children or not.

Miller is a Foreign Affairs Correspondent for Channel 4 News based in Bangkok, Thailand. Before moving to Asia in 2015, he spent 12 years reporting out of London on news across the Middle East, Africa and the Americas.

Miller has won four Royal Television Society awards and four Amnesty International TV News awards for Channel 4 News. He is also the author of Duterte Harry: Fire and Fury in the Philippines, a biography of the Philippine President, Rodrigo Duterte, whose bloody rule he has documented for this programme. It was published by Scribe in 2018.

Three months after Rodrigo Duterte was elected in the president’s southern home city of Davao, Jonathan became the first foreign journalist to challenge him face-to-face on the devastation wrought by his controversial and deadly war on drugs, in a video seen by over 16 million people around the world.

On April 22, 2012, Jonathan and his team were arrested while reporting from Bahrain. In common with other foreign media, Channel 4 News was denied journalist visas and worked without accreditation during the grand prix.

While being driven to Budiya Police Station, Jonathan said: “Right now we’re concerned for our driver…things are rather worse for Bahrainis in police custody.”

He also explained the circumstances leading up to the arrest.

“I’m in the back of a police vehicle in Bahrain, completely surrounded by riot police, and I’m being taken to Budiya police station in Bahrain City,” he said.

“We are operating without accreditation, so when we were caught filming a planned demonstration in one of the Shia villages – they have not been particularly pleasant. They’ve been very aggressive towards me, my crew and driver and Dr Al Shihabi, a prominent human rights activist.”

“We were actually heading back to where we were staying to edit the piece we’d compiled for tonight – we’d met villagers in a Shia suburb off the main city, who were demonstrating night after night after night.”

Jonathan Miller Salary and Net Worth