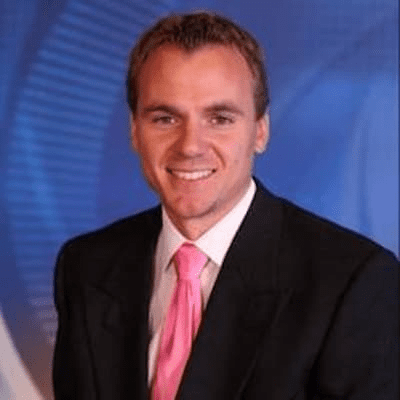 Jonathan Ketz is a media personality serving as a reporter for FOX 4 News. He joined the station in December 2021. Previously, he was a morning anchor at WQAD in the Quad Cities.

Ketz graduated from Oak Park High School in 2008. He also received his Bachelor’s degree in Journalism from the University of Missouri School of Journalism in December 2011.

Jonathan is the son of Kris Ketz and Jan Lewis. His father Kris is a news anchor and reporter at KMBC 9 in Kansas City while his mother Jan works for the North Kansas City School District. Jan started working at WQAD-TV in 1976. In 1981, she left the station after she got a job at KETV in Omaha, Nebraska. She is from Clinton, Illinois.

Jonathan is also a third generation of reporters in his family to work at WQAD. His grandfather, Jim King, helped WQAD sign back on air in 1963. He also worked at the station until he died in January 1999. On the other hand, his father began his broadcasting career at WQAD in 1981. On July 4, 1983, he left the station and joined KMBC-TV.

Jonathan also has a step mum. His father is married to Dana wright, co-host of “Dana and Parks” weekday afternoons on 98.1 FM KMBZ and he has three siblings. His mom lives in North Kansas City, and his dad lives in Leawood.

Bethany is the daughter of Michael and Linda Duffy of Davenport, Iowa. She graduated from Assumption High School in Davenport, Iowa in 2008. In 2012, She earned her Bachelor’s degree in Public Relations from Saint Ambrose University. Currently, Bethany is employed by Per Mar Security Services, Davenport.

The couple lives in Lenexa.

Jonathan and his wife Beth have two boys. Their first son, Archer was born at 11:43 pm on Tuesday, April 23rd, 2019. According to Jonathan, it was perfect timing because their baby arrived before the end of the Portland Trail Blazers and Oklahoma City Thunder Game – right before Damian Lillard sank a 37-foot buzzer-beater to eliminate the Thunder from the NBA Playoffs.

“I think he wanted to see the end of that game,” Jonathan said.

Archer was born weighing 7 pounds, 5 ounces, and was 19.5 inches long. His birth came just one day after his due date, which was the same day Good Morning Quad Cities ran a story about how to figure out how big your unborn baby is based on Big Macs.

Ketz is a reporter at FOX 4 News in Kansas City. Prior to that, he worked at WQAD in the Quad Cities. He spent nine years working at WQAD from 2012 to 2021 first as a reporter and later as a morning anchor.

Ketz has always wanted to come back home to Kansas City. So when a job opened up in Kansas City he took it. He started at FOX4 in December 2021.

Jonathan Ketz Salary and Net Worth