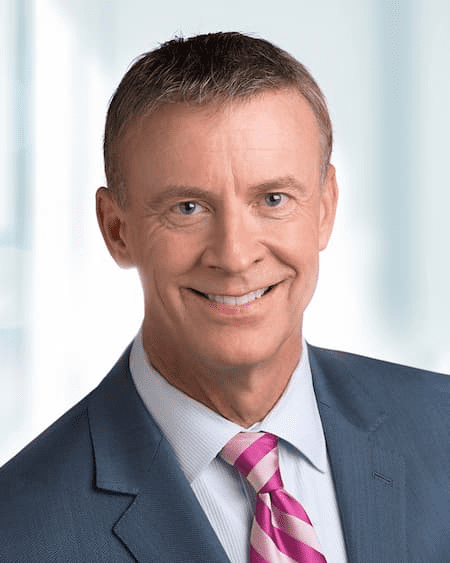 John Holt co-anchors “FOX 4 News at 5, 6, and 9 p.m.” He is also an investigative and special projects reporter for FOX 4 News. In addition, he co-hosts the weekly digital show “4Star Politics,” as well as “KC End Zone” during the Chiefs season.

He graduated from the University of Kansas School of Journalism and Law with a degree in Broadcast Journalism in 1981 and Law in 1984.

John was born in St. Mary’s and raised in Great Bend, Kansas City. He is a prostate cancer survivor. However, with his family history, his diagnosis wasn’t shocking. The disease claimed his grandfather’s life, and his father is a survivor.

John joined FOX 4 News in 1994. He co-anchors “FOX 4 News at 5, 6, and 9 p.m.” and serves as an investigative and special projects reporter for FOX 4 News. He also co-hosts the weekly digital show “4Star Politics,” as well as “KC End Zone” during the Chiefs season.

John has won numerous awards including 10 Regional Emmys, for anchoring, news writing, and investigative reporting, among others. In 2018, NATAS Mid-America Emmy Chapter inducted him into its “Silver Circle.”

In 2015 The Heart of America Boy Scout Council named John an “Ewing M. Kauffman Distinguished Eagle Scout.” He has twice received a “President’s Award” from the Johnson County Bar Association.

John is also active in the community, including serving on the boards of the Head for the Cure Foundation, Cancer Funding Partners (KU Cancer Center), and the Kansas Bar Association Media-Bar Committee.

He is a past board chair and member of Friends of Johnson County Developmental Supports, a past member of the KU Alumni Association-Kansas City Chapter Board, and the KU Advancement Board. He also served as the 2018 Heart of America Council “School Night for Scouting” Honorary Chair, and along with his wife Suzy, as co-chairs of the 2020 “Treads and Threads.”

In 2010, John was diagnosed with Prostate Cancer. With his family history, his diagnosis wasn’t shocking. The disease claimed his grandfather’s life, and his father is a survivor.

The shock was his age. Only 51 in 2010 and “a bit of a health nut,” John figured he had a free pass for another decade or so. He felt great, so even when his doctor referred him for a biopsy at The University of Kansas Cancer Center, he wasn’t worried.

“I’ll never forget getting the call. We were so sure the biopsy would be clean, I’m grinning into the phone, all happy, like, ‘Hey! Hope you’re calling me with good news!’”

“Then I hear this pause,” John says. “Silence. And it hits me: I have cancer.”

Removing the prostate was the most aggressive treatment option. “Dr. Thrasher looked me in the eye and said, ‘If you were my brother, I’d tell you to get it out.’ That decided it for us.”

“For me, surgery was a clear choice, and we felt very blessed to have this robotic technology available in Kansas City so we didn’t have to travel,” John says.

Years later, he remains cancer-free. He publicly advocates for annual PSA screenings during National Prostate Cancer Awareness month in September – and every month.

“A quick blood test can save your life,” John says. “It saved mine.”

John Holt Salary and Net Worth