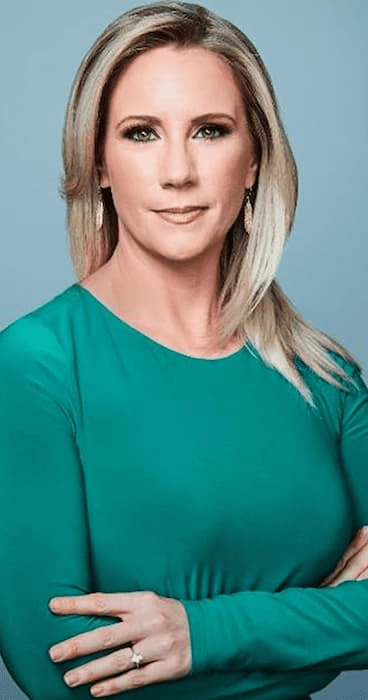 Schneider attended high school in Manchester, Connecticut and she credits her high school news program, MHS TV News, for inspiring her and fueling her passion for journalism. In 2002, she received Bachelor’s degree in Political Science and Broadcast Journalism from Boston University. She was honored to be chosen to give the Commencement Address for the College of Communication

In 2006, Jessica attended the University of Connecticut School of Law where she was an Articles Editor for the Connecticut Journal of International Law, was one of 40 law students chosen to work at the U.S. Securities and Exchange Commission in Washington, D.C., and represented criminal defendants in Connecticut courts as part of the Criminal Clinic at UConn Law. Upon graduating with honors in 2010, she took and passed the New York and New Jersey bar exams, and was admitted to practice law in both states as well as their federal courts.

Though she hasn’t revealed her parents’ names to the public she often posts them on her social media page. On December 25, 2016, she posted a picture of her and her parents wishing everyone a merry Christmas.

She has a sister, Susan Schneider Hennelly. Susan got married in May 2017. Through Instagram, Jessica shared the news. She also mentioned that her sister was expecting her first child due in February 2021. The two sisters were due within 5 days of each other.

Schneider married Adam Harrison, a project manager on May 11, 2019, at District Winery in Washington D.C. They met on Bumble in 2017 and their first meeting was at a rooftop bar in Shaw where they went for a drink. The couple got engaged at Jessica’s favorite place, her family’s cottage in the Finger Lakes in 2018.

The duo had a DC-themed celebration for their wedding since they wanted to show off the city in which they fell in love. From the custom-designed invitations made by Jessica’s sister to the table numbers and place cards designed by Adam, everything was inspired by Washington, DC.

Jessica was previously married to Mitch Schwartzman. The two met in a local pub and started dating in the summer of 2011. Two years later they became engaged. In 2016 they got married however, their marriage did not last for long and they divorced.

She has a son, Lincoln born in February 2021 with her husband, Adam.

Schneider is an award-winning journalist, an attorney, and a justice correspondent based in Washington, D.C. She covers the Supreme Court, the Justice Department, the FBI, and a variety of legal stories. Schneider reported throughout the Trump administration on the Mueller investigation and the confirmation of three Supreme Court justices. She also extensively reported on the January 6 Capitol attack and the criminal cases that resulted.

Prior to joining CNN, she worked as a reporter at WCBS-TV in New York City where she focused her coverage on legal issues and law enforcement.

Schneider was honored with an Emmy Award for her Continuing Coverage of the Return Home New Jersey initiative by Governor Chris Christie. For 9 months, she interviewed anxious parents of disabled adults, questioned and confronted Governor Christie and his appointees, and provided a detailed analysis of the program that would have forced hundreds of disabled people into group homes in New Jersey, removing them from the facilities around the country where they had lived for decades. As a result of the media coverage, and a relentless push from parents, Governor Christie backed down from the plan in July 2015.

Jessica worked for two years as a litigation attorney in New York City. She began her career as a video journalist at Capital News 9 in Albany, New York, where she worked as the Amsterdam, New York Bureau Chief, and Political Reporter. Then, she attended law school while working as Weekend Morning Anchor and Reporter at WFSB-TV in Hartford, Connecticut.

Her estimated net worth is $4 million.