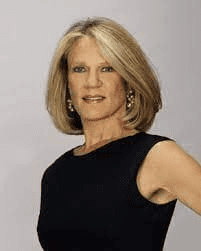 Jennifer McLogan is an American award-winning CBS New York reporter covering Long island. She began her career reporting in Boston first on the radio for WEEI-AM (news and substitute helicopter traffic reporter) and WHDH-AM before joining WBZ-TV. She was subsequently a Northeast correspondent for NBC Nightly News, The Today Show, and NBC Sportsworld. For CBS, in addition to CBS New York, she reported for WBBM-TV in Chicago.

Jennifer received a Bachelor of Arts degree in English and theater from the University of Michigan. While at Michigan, Jennifer was an NCAA athlete, earning a letter as a member of the first women’s varsity basketball team in university history.

As a theatre major, she appeared in numerous plays and musicals, among the most memorable playing opposite noted Shakespearean actor Nichols Pennell in Pericles, Emily in Our Town, and Bessie Burgess in The Plough and the Stars.

She is a rabid University of Michigan Wolverine and was elected the retro “greaser” Homecoming Queen, winning a 1948 Cadillac in mostly working order.

A native of Flint, Michigan, Jennifer is the daughter of the Honorable Edward A. “Ted” McLogan and Beatrice Bouchard McLogan. Her parents met at the University of Michigan which they both attended and her grandfather was on the faculty.

A former county executive in Flint, Michigan, Ted is a World War II hero, a Merrill’s Marauders survivor and leader, a stockbroker extraordinaire, and in the Army Ranger Hall of Fame.

Jennifer calls her father “a brilliant man filled with honesty and integrity.” His years as a stockbroker were spent “up north” in Suttons Bay, Mich. Now retired downstate he is active in the Ann Arbor community, giving back to the University of Michigan, where he proudly graduated in 1942.

In addition to his honors, Ted is the inspiring father of seven children – and 21 grandchildren – across the globe.

McLogan is married to Daniel Gurskis, Dean of Montclair State University’s College of the Arts. The couple tied the knot in 1982.

She and her husband are the parents of three children: Emily, an attorney in Washington D.C., Teddy works in the restaurant industry in Charleston, South Carolina, and Elle created “The Dig” for CBS2.

Elle, the host of The Dig, is the youngest daughter of Jennifer and her husband Dan. She joined CBS New York in September 2017 as a digital reporter for CBSNewYork.com.

Elle created “The Dig With Elle McLogan,” a series that unearths gems in local food and culture. She hosts, produces, and edits the show on her own, shooting entirely on her cell phone. She was born in Manhattan and raised on Long Island. Elle moved to North Carolina to attend Davidson College

After graduation, Elle moved to China to review restaurants as a food critic. She spent four years working in Shanghai as a writer and host for television programs and documentaries with a focus on food and culture.

Elle is active in community service for underprivileged youth in the New York area. A volunteer with the nonprofit organization Reading Partners, she teaches reading to struggling students at under-resourced New York schools.

In 2021, Elle won an Emmy Award in the category of Lifestyle – Short Form Content and a Folio Award in the Arts &amp; Culture Feature category. In 2018, she was named Outstanding Social Media Personality by the New York State Broadcasters Association, and her work was selected for screening at the Food Film Festival in New York City.

Jennifer always encouraged Elle to pursue her passions, never expecting them to lead her down the same career path. She said of Elle’s decision to follow in her footsteps, “I was surprised but thrilled.”

During her decades-long career, McLogan has been recognized for her coverage of breaking news and live reporting on major stories that include the September 11 attacks, Superstorm Sandy, the Gilgo Beach Murders, the Long Island Rail Road massacre, the crash of TWA Flight 800, the Philadelphia Police firebombing of the radical group Move, the Hamptons’ Pine Barrens fires, and major snowstorms crippling the Northeast. In sports, she covered Super Bowl XLVI, World Series with both the Yankees and the Mets, NBA finals with Michael Jordan, and the death of Arthur Ashe.

For her reporting, McLogan has earned multiple Emmys (national and local) while based in New York, Boston, and Chicago as well as awards from American Women in Radio and Television, the Associated Press, the Long Island Coalition for Fair Broadcasting, and the Long Island Council on Alcoholism and Drug Addiction.

McLogan began her career reporting in Boston first on the radio for WEEI-AM (news and substitute helicopter traffic reporter) and WHDH-AM before joining WBZ-TV. She was subsequently a Northeast correspondent for NBC Nightly News, The Today Show, and NBC Sportsworld. For CBS, in addition to CBS New York, she reported for WBBM-TV in Chicago.

McLogan ran the Boston Marathon while reporting on it. She is a member of Inner Circle, the New York news reporters’ parody group, and she is active in outreach for several volunteer groups.