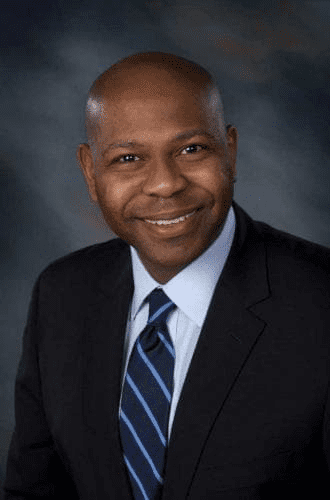 Jason Riley is a media personality serving as a Fox News contributor and an author. He is also an opinion columnist at The Wall Street Journal and a senior fellow at the Manhattan Institute. In addition, he is a recipient of the 2018 Bradley Prize.

A graduate of State University of New York at Buffalo, he earned a Bachelor of Arts degree in English.

Born in Buffalo, New York, Jason is the son of Lee Riley of Buffalo and the late Ola Riley. His father is a retired social worker at the Buffalo Psychiatric Center, a residential psychiatric treatment hospital while his late mother was a public school teacher’s aide in Buffalo.

His parents divorced while he was a child. However, Riley has not shared with the public whether he has siblings or not.

Riley is a married man. He tied the knot with his lovely wife, Naomi Schaefer Riley on May 22, 2004.

Riley and Naomi have three children and they live in New York.

Riley is a Fox News contributor. He is also an opinion columnist at The Wall Street Journal, where his column, Upward Mobility, has run since 2016. In addition, he is a senior fellow at the Manhattan Institute. He also won Bradley Prize in 2018.

After joining the Journal in 1994, Riley was named a senior editorial writer in 2000 and a member of the editorial board in 2005. He writes opinion pieces on politics, economics, education, immigration and race. He also speaks frequently on ABC, NBC, CNN, PBS and NPR.

Riley is the author of four books, including Let Them In: The Case for Open Borders (2008), which argues for a more free-market-oriented U.S. immigration policy; Please Stop Helping Us: How Liberals Make It Harder for Blacks to Succeed (2014), which discusses the track record of government efforts to help the black underclass; False Black Power? (2017), an assessment of why black political success has not translated into more economic success and Maverick: A Biography of Thomas Sowell (2021).

He has also worked for USA Today and the Buffalo News.