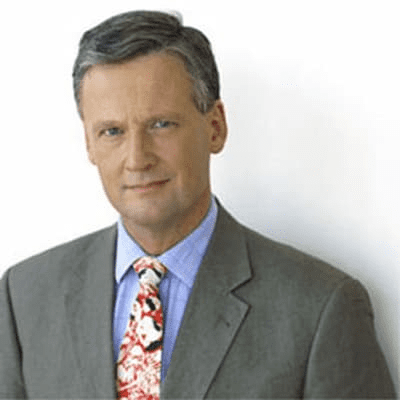 Jamie Robertson is a media personality serving as a business presenter on the BBC World News channel. He is also a broadcaster and journalist at BBC News. Additionally, he is an online writer for BBC.

Robertson is British by nationality.

He attended Eton College in the UK before studying English Language and Literature at Oxford University.

Despite being a media personality, Jamie has managed to keep his personal life away from the limelight. Therefore, it is not known whether he is married, single or in a relationship. He hasn’t also disclosed whether he has children or not.

Robertson is a broadcaster, presenter and journalist at BBC News. He specialises in international finance, business and economics. As a lead presenter on the BBC World’s prestigious World Business Report he has covered subjects ranging from the “dot.com boom” to the collapse of Enron and the rise of the Chinese and Indian economies, interviewing the movers and shakers in global finance.

He has also interviewed extensively on macro and micro-economic subjects, handling live discussions with CEOs, CFOs, economists, analysts, lobbyists and politicians. Recently, he completed a BBC internal report on the Energy and Pharmaceutical industries, profiling 20 of the largest companies in each sector and analyzing the challenges and problems they face. In pharmaceuticals: the dwindling product pipelines, generic competition (especially from India) and health scares. In energy: the race for new oil supply, the competition from Indian and Chinese producers, deregulation of utilities, and the environment.

Away from the BBC he has written a weekly column for MoneyWeek, the international finance journal, on the BBC’s Global 30 Index which charts the shares of the world’s 30 largest companies, conducted media training for a range of companies (Standard Chartered, Accenture, Pfizer to name a few) and recently hosted a two hour London conference for 3i’s European managers, including live up-links with executives in Mumbai and Hong Kong.

Jamie also chairs conferences and seminars and is a highly skilled conference facilitator and after dinner speaker. He has a wealth of experience hosting events and award ceremonies, both at home and abroad.

Prior to joining BBC World News, Jamie worked as a financial reporter in Asia for EuroMoney, The Observer and Asian Finance Journal. His interests include gardening and watercolors. He is currently learning ancient Greek and the Scottish chanter.

Jamie Robertson Salary and Net Worth