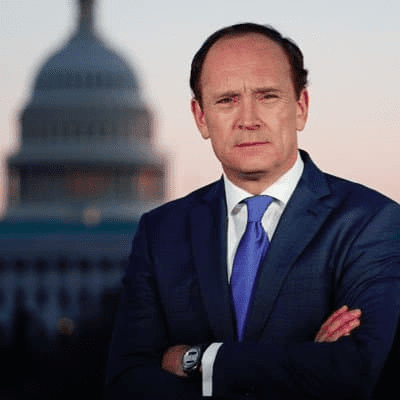 Robert Moore is a multi-award-winning media personality serving as a news correspondent for ITV based in Washington. Previously, he was ITV’s Europe correspondent.

Moore is British by nationality.

Moore hasn’t shared any information about his parents. He hasn’t also disclosed whether he has siblings or not.

Despite being a media personality, Robert has managed to keep his personal life away from the limelight. Therefore, it is not known whether he is married, single, or in a relationship. He hasn’t also revealed whether he has children or not.

Moore is a news correspondent for ITV based in Washington. He previously held this role between 2002 and 2010, before moving to Belgium to become ITV’s Europe correspondent. From 1991 to 1996, he was ITN’s Middle East correspondent. During his tenure, he won the “International News Prize” at the 1996 Royal Television Society Journalism Awards for his reporting on the year of fighting on the West Bank between Palestinians and Israeli soldiers. In 1994, his reporting on the plight of refugees during the civil war in Rwanda won two Gold medals at the New York Film & TV Festival.

Prior to becoming a Middle East correspondent, Moore spent time in Moscow as a producer and reporter. In 1996, he moved to the role of ITN’s Diplomatic and Foreign Affairs Editor.

His book, A Time to Die: The Kursk Disaster was published to critical acclaim. His well-researched work of non-fiction includes Russian military figures and his access to the Kursk’s highly restricted Arctic submarine base to tell the inside story of the Kursk submarine disaster. The book was made into a film in 2018 titled Kursk.

Robert went viral and won widespread praise from peers for an extraordinary report following Donald Trump’s supporters as they forced their way into the U.S. Capitol on January 6th, 2021.

He was in the thick of the carnage on a historic day in the U.S. capital, surfing the mob wave as it battered down the doors and windows of the Capitol building, and calmly reporting on the events as they unfolded around him.

“For four years we have witnessed turmoil in America, but nothing quite like this,” Robert said, as he opened a seven-minute report, in which he captured tear gas canisters being detonated and being jostled by protestors inside the Capitol building. He also filmed protesters wielding shards of House Speaker Nancy Pelosi’s nameplate after it had been ripped from the wall. His report garnered over 11 million views on Twitter.

Robert Moore Salary and Net Worth