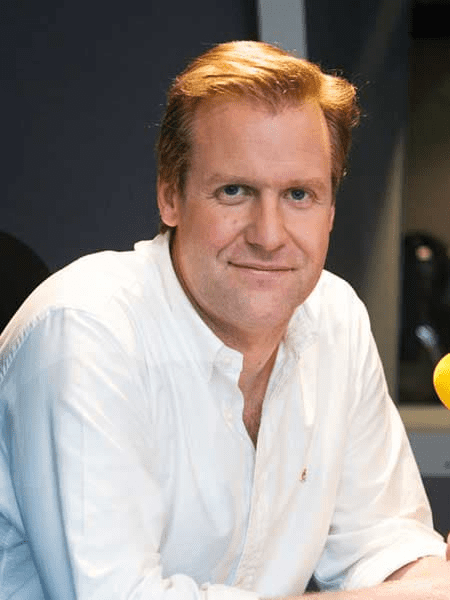 James Menendez is a media personality serving as chief presenter on BBC News since April 2019. Previously, he was a presenter for BBC World and BBC World Service.

He is tall in st ature however his height is undisclosed.

Menendez is a British national.

In 1995, he graduated with Master of Arts in Modern Languages (Spanish and Portuguese) from the University of Oxford.

Menendez is very private about his personal life. Therefore it is not known whether he is married, single or in a relationship.

He hasn’t also mentioned whether he has children or not.

Menendez joined the BBC as a trainee reporter in 1995. From 1998 he spent a couple of years producing and editing programmes. In 2001 he became a roving field producer travelling to Pakistan, Afghanistan, the Middle East and Iraq. He then became a reporter for the BBC World Service before becoming the BBC Correspondent in Venezuela.

In 2004, Menendez moved back to London, as an occasional presenter on Newshour and The World Today. He became one of the main presenters of World Briefing in 2007 before becoming a main presenter on Newshour. In addition to presenting the programme, Menendez reports for Newshour from around the world. On 13 April 2015, he started presenting World News Today on BBC Four and BBC World News.

In 2017, an interview he was conducting on BBC World News with Robert Kelly went viral after the interviewees children busted in and started dancing.