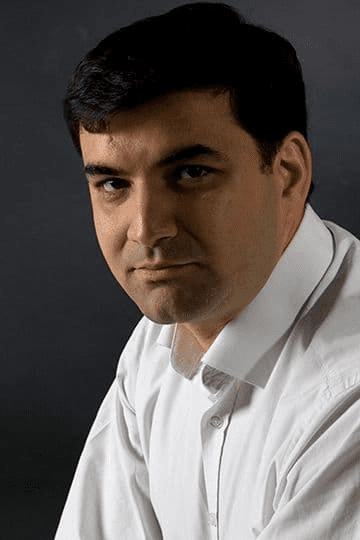 Gordon Corera is an author and a media personality serving as Security correspondent for BBC News since June 2004. Previously, he was a foreign reporter for Radio 4’s Today programme.

Corera is a British national.

Corera studied at University College School, an independent school for boys in Hampstead in Northwest London. In 1992 he joined St Peter’s College at the University of Oxford where he studied Modern History and graduated in 1995 followed by graduate studies in US foreign policy at Harvard University in 1996.

Born in London, his father was from the state of Tamil Nadu in southern India while his mother is German. The family has a home near Cavelossim, in the state of Goa in western India, which he says he has a deep affection for, and visits regularly.

Despite being a media personality Corera has managed to keep his personal life away from the limelight. He hasn’t disclosed whether he is married, single or in a relationship.

He hasn’t also mentioned in public whether he has children or not.

Corera joined the BBC in 1997 as a researcher and later became a reporter. He has worked on Radio 4’s The World Tonight, BBC2’s Newsnight, and worked in the US as the BBC’s State Department correspondent and as an analyst for the BBC’s coverage of the 2000 US presidential election. He has also worked on the re-election campaign of President Bill Clinton.

Corera presented the 2009 Radio 4 programme MI6: A Century in the Shadows, a three-part history of Britain’s Secret Intelligence Service.

He is the author of:

Appearing on the BBC podcast “Obsessed with Killing Eve,” Corera revealed how he collaborated with scriptwriters to provide novel killing methods for the show.

The chilling drama, which first aired in 2018, follows British intelligence officer Eve Polastri, played by Sandra Oh as she hunts down Villanelle, a cold-blooded assassin played by Jodie Comer.

Corera shared that he was enlisted by one of the show’s producers to bring “real elements” to the “plausible” but “fantastical” series.

“I literally went away and I wrote this document called the ‘Kill List,’ which is somewhere on my laptop. Which is basically a load of different ways to kill people, but just slightly crazy quirky ways,” he told hosts Naomi Shimada and Zing Tsjeng.

According to Corera, the ideas he carefully curated ranged from things that happened 50 years ago to stories he had heard about in the news.

He revealed that the producers, which also included “Fleabag” star Phoebe Waller-Bridge, then gave the ideas “that ‘Killing Eve’ zing.”

When asked about his “favorite” murder on the show, Corera spoke about season one’s assassination of the fragrance mogul Carla de Mann, who was killed by Villanelle using a poisonous homemade perfume.

“That had come from a real one [assassination] in an airport in Asia,” Corera said.

Asked if he believed full-time assassins existed in real life, Corera said that, while it sounds like a work of fiction, it is very much a reality.

“One of the things that we’ve seen in the last few years is that Russia really does have assassins. It really does send people out,” he said, referencing the 2018 Salisbury poisonings.

Corera went on to say that sexiest stereotypes mean that female spies can sometimes be more effective as they are “flying under the radar.”

Gordon Corera Salary and Net Worth