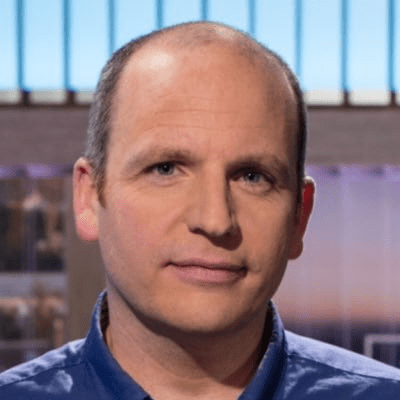 Glenn Campbell is a media personality serving as a political correspondent at BBC News. He also hosts the weekly current affairs show, Timeline, on Thursdays at 7.30 pm on BBC2 Scotland. Previously he was a political editor for BBC Scotland.

He is around 46 years old. He was born in 1976 however there is no information on the date and month he was born.

Campbell is tall in stature but his height is undisclosed.

Campbell went to Islay High school from 1987 to 1992 he then joined Glasgow University for further studies. However, there is no information on when he graduated.

Despite being a media personality, Glenn has managed to keep his personal life away from the limelight. Therefore, it is not clear whether he is married, single, or in a relationship.

Glenn is a Scottish news and current affairs broadcaster, formerly political editor for BBC Scotland. Together with Shereen Nanjiani, he hosts the weekly current affairs show, Timeline, on Thursdays at 7.30 pm on BBC2 Scotland.

His career began in commercial radio. A former head of news and sport at Scot FM, he also presented the station’s news magazine ‘Lunchtime Live’ which won a silver Sony Award in 1999.

Glenn joined BBC Scotland in 2001, initially working for their radio station, BBC Radio Scotland. Currently, he works for their television arm and has regularly reported and presented on programs such as Reporting Scotland 2016. He also showed the network’s coverage of the 2007 Scottish election and contributes regularly to Good Morning Scotland. He has been a stand-in presenter on Radio 4’s PM program. Glenn hosted BBC Scotland’s coverage of the 2015 general election and anchored coverage of the 2016 Scottish Parliament election.

In 2010, he won the Royal Television Society’s Scoop of the Year Award for breaking news of the release of the Lockerbie bomber.

On 25 August 2014, Glenn moderated the second Scottish independence debate between Alistair Darling and Alex Salmond in Glasgow. He then hosted the referendum result program on BBC One Scotland on 18 September 2014.

On 15 December 2020, he was announced as BBC Scotland’s political editor, beginning in January 2021. He contributes to a wide range of TV, radio, and online journalism including Reporting Scotland and BBC News at Six and Ten. He spent several months reporting for BBC World Service Radio. Other presentation credits include Newsnight Scotland on BBC 2, The Politics Show, Scotland on BBC1, and Radio 4’s PM and Any Questions.

His documentary work includes Donald Trump: Scotland’s President, Living With Lockerbie, and Eric Liddell: A Champion’s Life about the Olympic athlete and missionary.

Glenn Campbell Salary and Net Worth