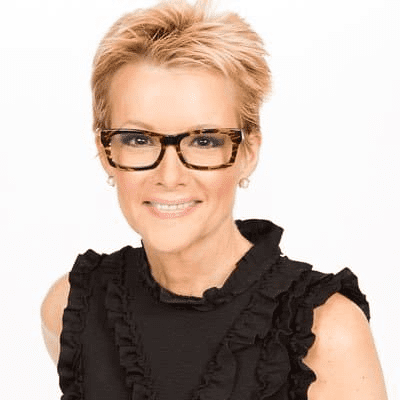 Willis graduated from Miami University with a Bachelor’s degree in Political Science and Government. She also graduated from Columbia Business School, where she was a Knight-Bagehot Fellow.

At Miami University, she was the Business Manager of “The Miami Student,” the oldest college newspaper in the US. She also spent much of grade school and high school in Pisgah, now known as West Chester, and went to Lakota before it got so big it had to break into two pieces.

Born and raised in Spruce Pine, North Carolina, Gerri has kept her parents out of the limelight. She has a brother named Steve who is a pastor.

Since 1994, Willis has been married to David Evans. However, the couple does not have kids.

Willis is an anchor and personal finance reporter for Fox Business Network (FBN). She joined the network in March 2010. Prior to joining FBN, she served as the personal finance editor for CNN Business News. She also hosted the weekly half-hour program entitled “Your Bottom Line.” The program focused on ways to save Americans money and the economy’s effects on personal finance.

Before CNN, she was a senior financial correspondent at SmartMoney magazine.

Willis received the 2001 Excellence in Retirement Savings Reporting award. The award is bestowed by the American University School of Communication and the Investment Company Institute’s Education Foundation. She is also the author of two business books, “The Smart Money Guide to Real Estate Investing” and “Home Rich.”

The journalist had her haircut. In April 2017, she joined the FOX Business Network’s Kennedy to discuss her battle with breast cancer and the traumatic experience of losing her hair which led to her haircut. This was also the first time since battling and defeating breast cancer that she tossed her wig for a fresh springtime haircut.

She said, “That was the second chemotherapy and it fell out after that. A little note to self if this ever happens to you, just shave your head, to begin with, because pulling your hair out in lumps is a real drag…. My priority is getting better, who cares about my hair.”

In May 2016, Gerri announced that she had been diagnosed with breast cancer. This was after she discovered an abnormality and went to a physician in April of that year.

“It’s been a real journey… I had a mastectomy of my right breast… I then went into chemo-therapy, eight treatments over four months. The “red devil,” which is the really caustic chemotherapy, then Taxol, then after that I had breast reconstruction and then finally five weeks of daily treatments.”

She also added that despite the challenges dealing with cancer has been a blessing and has reconnected her with her faith.

On January 28, 2020, it was announced that Willis would take a leave of absence as she plans to undergo a hysterectomy after pre-cancer cells were found on her cervix and determined to be the human papillomavirus (HPV). This came a few years after she was declared breast cancer-free.

In an open letter to her fans, Willis wrote; “This feeling of anticipation and not a little anxiety is all too familiar — and so is the culprit. Cancer.” She also admitted that she wrestled with whether or not she should speak openly about having HPV, calling it “embarrassing” because it is transmitted by sexual contact. “I debated whether to talk about this publicly. After all, HPV is transmitted by sexual contact. It’s embarrassing. Not the topic of polite cocktail chatter. I didn’t want our Fox family to think less of me.”

“But the truth is, HPV is worth talking about simply because it is ignored. Fear of the virus sometimes makes us reluctant to get the facts. That was me. I knew nothing beyond the ads I saw on television. What I have learned since is that HPV can lay dormant for decades. And, then, when you least expect it, unmask itself. That’s what happened to me.”

She has an estimated net worth of $2 million.