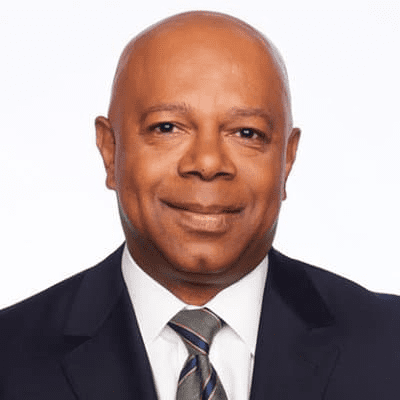 David Webb is a media personality serving as a Fox News contributor and the host of ‘Reality Check’ on FOX Nation and ‘The David Webb Show’ on SiriusXM Patriot. He joined Fox News Channel in August 2013 as a political and news analyst.

Webb is an American citizen. He also belongs to the African-American ethnicity.

He graduated from St. Peter’s Prep, the only Jesuit high school in New Jersey and the College of the Holy Cross in 1985.

The New Jersey native was raised by both of his parents who were business persons. His mother worked at Wall Street. However, he has not disclosed whether he has siblings or not.

David is married, however his wife is unknown. It is also not known whether he has kids or not.

Webb is a Fox News contributor. He joined the network in August 2013 as a political and news analyst. He is also a columnist at The Hill Newspaper since February 2014.

In February 2008, David launched his radio show on SiriusXM, “The David Webb Show,” which airs Monday to Friday at 9pm-12am ET on the Patriot channel. He hosts a live, call-in show with analysis and commentary on breaking news and issues; interviews with newsmakers, community leaders and other notable guests.

Prior to Fox News, Webb appeared on MSNBC and CNN. He was also a commentator on the George Zimmerman trial. At Fox News, he was a guest-host on two of the network’s highest-rated shows, “The Five” and “Hannity.” Webb is also the host of ‘Reality Check’ on FOX Nation.

Additionally, Webb is an Executive Producer and Producer at Fox Trail Productions since November 2006. He is also the Chairman of the Advisory Board at Reclaim New York since January 2014.