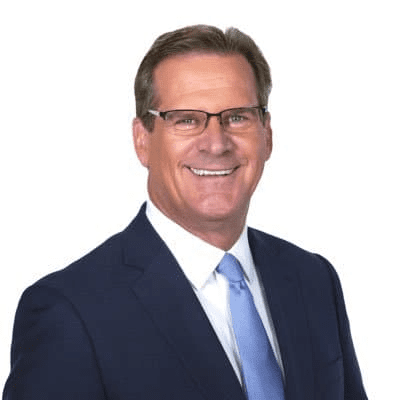 Gene Lavanchy is a media personality serving as a Morning News Co-Anchor on Boston 25 News. He joined the station in July 2003. Previously, he was a Sports Director and Lead Sports Anchor at WHDH-TV in Boston. He also Hosted the popular Sunday night Sports Xtra show.

Lavanchy received his Bachelor of Science degree in Mass Communication/Broadcast Journalism from Emerson College in 1986.

Lavanchy was born in Boston, Massachusetts, and grew up in Walpole, Massachusetts. In 2020, he lost both of his parents. He first lost his dad in September 2020 followed by his mother Beverly on December 2020.

More sad personal news to share. My beloved mother, Beverly passed away Wednesday at 85. I always loved this picture of us from long ago. When my dad died in September-I shared with her your many kind condolences-she said-“Wow-people are so nice.” We will miss her so very much. pic.twitter.com/pw7xtsFW4w

Gene is married to his lovely wife Anne Marie. The couple has four children namely Matthew, Jack, Brett, and Lauren and they live in Walpole, Massachusetts.

Lavanchy is a co-anchor at Boston 25 News. Born and raised in Massachusetts, he is one of the most recognizable anchors in Boston. He was a vital part of the Boston 25 Morning News launch in 2003. The “all local, all morning long” blend of news, traffic, and the weather started as an alternative to national morning shows and has grown into the “go-to” newscast for busy morning people.

Lavanchy takes great pride in preparing New Englanders for their day. Anchoring most of a six-hour local morning newscast allows him to alert viewers to breaking news, provide context and perspective on the big stories of the day, and hone one of his finest skills, floating Dad Jokes. He has also field-anchored Boston 25 Morning News’ popular Zip Trips for the past 14 seasons.

In addition, Lavanchy has broadcast live and met thousands of amazing people from more than 230 cities and towns across the state. He has also interviewed countless newsmakers, celebrities, and everyday citizens who do extraordinary things.

Lavanchy is a proud citizen of Walpole and an active member of the community. He is also a board member of the Friends of Walpole Community Athletic Complex, a group that has worked tirelessly to raise funds and build new fields at Walpole High School and make improvements at recreational sports fields throughout the city.

Lavanchy has served as a spokesperson for the Massachusetts Down Syndrome Congress, The Buddy Walk, and The Independence 5k Walk and Run which supports programs for adults and children with developmental disabilities in more than 110 communities across the Bay State. He was named “Person of the Year” in 2012 by the Friends of St. Patrick organization for his community work in Walpole.