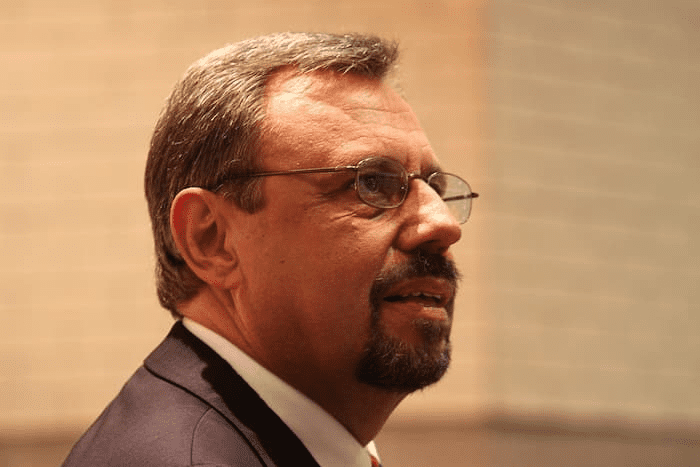 Gene Birk is a media personality serving as a News Anchor and Managing Editor at WBKO-TV. He anchors news at 5, 6 & 10. He first came to WBKO-TV as a Sports Director in 1986. In 1993, he left and then returned in 1994 as the Primary News Anchor.

He was born on September 7th. However, his age is unknown.

Birk is American by nationality.

He graduated with a Bachelor of Science degree in Radio-TV from Southern Illinois University, Carbondale in 1972.

Gene is married to Sandy Birk and together they have a daughter, Abigail. They also have three dogs: Wrigley, Whiskey, and Javy.

He lives in Bowling Green, Kentucky with his family.

Birk is a News Anchor and Managing Editor at WBKO-TV. He first came to WBKO-TV as a Sports Director in 1986. In 1993, he left and then returned in 1994 as the Primary News Anchor.

After college, he worked in radio in Beloit, Wisconsin, and Crystal Lake, Illinois. He also worked in television in Dubuque, Iowa; Mobile, Alabama; Amarillo, Texas, and Bowling Green, KY.

Birk was a Theater Minor in college and appeared in Close Encounters of the Third Kind which was filmed in Mobile when he worked there. He has also appeared in several area amateur theater productions, including The Lion in Winter, The Rainmaker, 1776, Annie Get Your Gun, and The Pirates of Penzance.

Apart from his journalism career, Birk has served on and been past chairman of the Advisory Council of the Foster Grandparent Program. He has also volunteered, supported, or served on numerous other boards in the community, including Special Olympics, the American Cancer Society, Muscular Dystrophy Association, American Diabetes Association, the Capitol Arts Alliance, and Court Appointed Special Advocate. In addition, he has served on and been past president of the board of the Kentucky Associated Press.