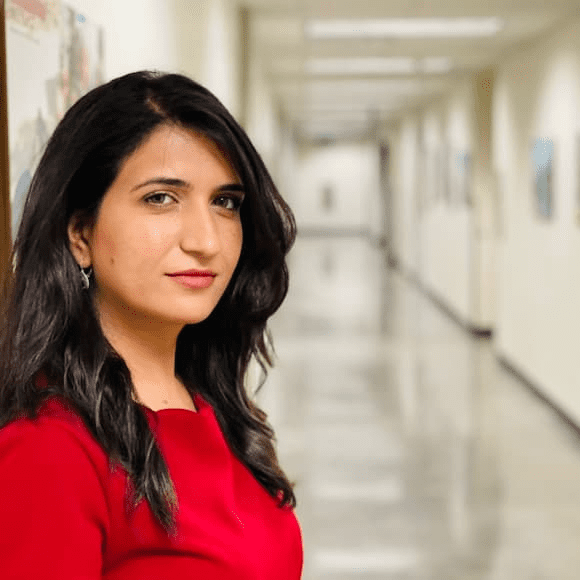 Farhat Javed Rabani is a media personality serving as a Bilingual News Correspondent at BBC News. She joined BBC News in September 2016. Previously, she was a National Security journalist at GEO News Live TV.

Javed Rabani is in her 30s. She was born on December 4.

From 2006 – 2008, Farhat attended Amy Public School and College. She then joined Govt Post Graduate College, Rwp in 2008 where she studied for a Bachelor of Science in Double Mathematics before graduating from the University of the Punjab in 2011 with a Bachelor of Arts in English Literature and Linguistics.

In 2014, Farhat undertook a Multimedia Training Program by International Centre for Journalists in Nepal. Subsequently, in 2016 she completed a Fellowship at Professional Exchange Program, USEFP, Washington, D.C. In addition, she studied Peace Studies and Conflict Resolution at Arizona State University from 2020 to 2021.

Despite being a media personality Javed Rabani hasn’t revealed whether she is married, single, or in a relationship.

Farhat is working as a Bilingual Correspondent for BBC World Service which means that she produces reports for BBC Urdu and English outlets as and when required.

She reports on conflicts, operations, terrorism, and social issues with a particular focus on women, youth, and minorities. She has done reporting from cities to the restive erstwhile-tribal areas to rigorous Himalayan and Karakoram regions in Pakistan as well as worked in USA, Nepal, and Afghanistan.

Prior to joining BBC News in September 2016, Farhat was a national security journalist at GEO News Live TV from December 2013. She began her career at Weekly Pulse as a Features writer in November 2010. In November 2011, she joined DUNYA News as a multimedia journalist. Subsequently, Farhat became a freelance writer.

She wrote a few articles on Military operations against Terrorists in North Waziristan and Military courts established after a terror attack at the Army Public School killing 150 students and teachers.