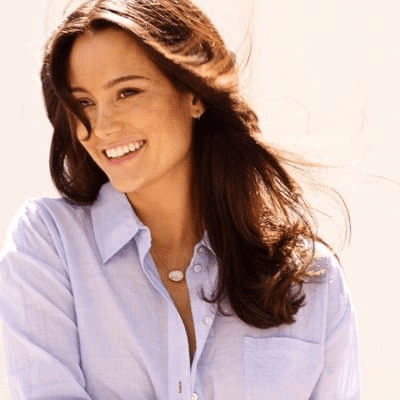 Emma Heming Willis is an English-American model and actress. She is also the founder of CocoBaba Official. Additionally, she is known as the wife of the retired American actor, Bruce Willis.

Heming is English-American by nationality.

She attended school in Southern California where she relocated with her mother.

Heming was born in Malta to a Guyanese mother and an English father. At a young age, her parents divorced and she moved to London with her mom for a few years to be closer to her family. Later on, they relocated to Southern California.

“My mother has been the ultimate guide in my life – she is the rock that I cherish, respect, and admire,” she said.

Emma is married to Bruce Willis, a retired American actor. The couple met in 2007 at a mutual trainer’s gym. Two years later on 21 March 2009, they got married in the Turks and Caicos Islands. The ceremony was not legally binding, so the couple wed again in a civil ceremony in Beverly Hills, California, six days later.

Bruce is 67 years old. He was born in Idar-Oberstein, West Germany, on March 19, 1955. His mother, Marlene was German, from Kassel while his father, David Willis, was an American soldier. Bruce has a younger sister, Florence, and two younger brothers, Robert (deceased) and David. After being discharged from the military in 1957, his father relocated the family to his hometown of Carneys Point, New Jersey. Bruce has described his background as a “long line of blue-collar people”. His mother worked in a bank and his father was a welder, master mechanic, and factory worker.

Previously, Bruce was married to actress Demi Moore. He met her at the premiere of the film Stakeout. On November 21, 1987, they married. However, Bruce and Moore announced their separation on June 24, 1998. They also filed for divorce on October 18, 2000, and the divorce was finalized later that day. Regarding the divorce, Bruce stated, “I felt I had failed as a father and a husband by not being able to make it work.” He also credited actor Will Smith for helping him cope with the situation.

In addition, Bruce was engaged to actress Brooke Burns until they broke up in 2004 after 10 months together.

On March 30, 2022, the actor’s family announced his condition on Instagram. Therefore, Bruce will step away from his acting career after being diagnosed with aphasia, a condition that impedes a person’s ability to speak and write.

“With much consideration, Bruce is stepping away from the career that has meant so much to him,” his family wrote in a joint statement. “This is a really challenging time for our family and we are so appreciative of your continued love, compassion, and support.”

Heming is the founder of CocoBaba Official. She was first discovered at the age of 16 on the UK morning television show, The Big Breakfast find me a supermodel competition, with Lorraine Ashton model agency, which she won in 1991.

In addition to being the former spokesmodel for the Canadian lingerie retailer La Senza, Heming has appeared in advertisements around the world, including those for Dior Bronze, Escada, Gap, Garnier, Intimissimi, John Frieda, Palmers, and Redken. She has also appeared on the covers of French Elle, Spanish Elle, Turkish Elle, US Glamour, Shape, Town and Country, and W Magazine. In 2005, Maxim magazine placed her at number 86 in its “Top 100” list.