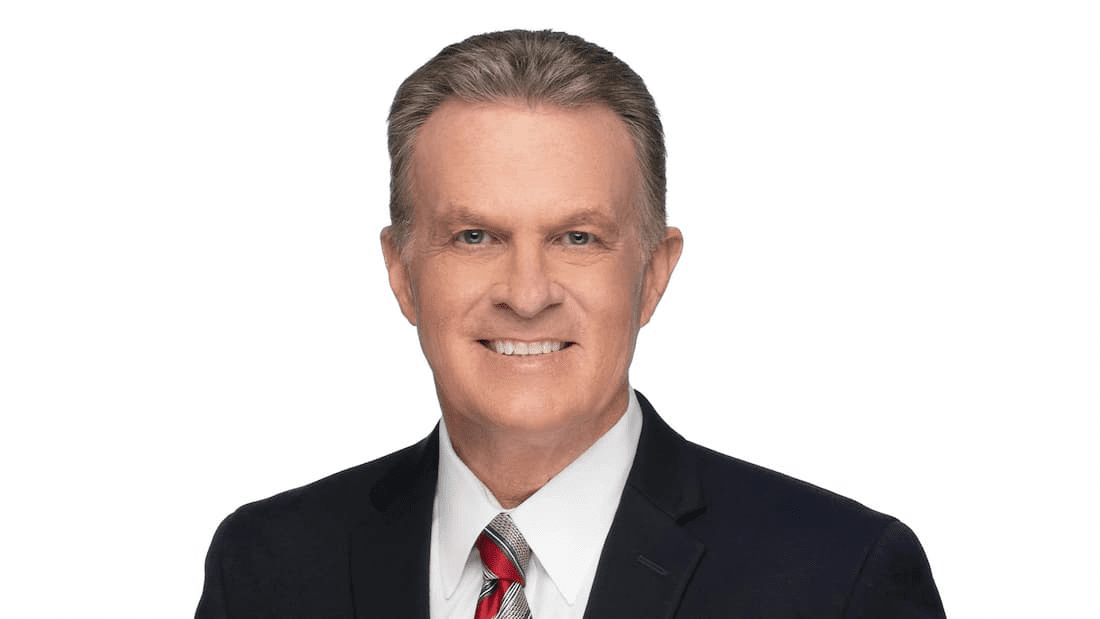 Doug Dunbar is a media personality serving as a co-anchor of CBS 11 News at 5, 6, and 10 p.m. He joined the station in April 2004. In 2016, he competed in the Ironman Triathlon World Championship in Kona, Hawaii as part of the Leukemia and Lymphoma Society’s Team in Training program.

He is around 50 years old. However, his exact age, date, and place of birth are unknown.

Dunbar is American by nationality.

Dunbar graduated from Monroe High School. He said the spark plug for his journalism career was the education he received at Monroe High. He was also involved in every journalism and broadcast program the district offered.

Doug lost his father, U.S. Army Sgt. First Class Clarence Dunbar, in Vietnam, when he was six years old. He was then raised by his mom, Inge Annie Dunbar, who among many other things taught him to speak German fluently.

94 days since her #leukemia diagnosis, my incredibly strong, resilient, compassionate and loving mother drew her last breath at 5:30am today. I was by her side holding her hands as she completed her journey. Just the two of us. Just the love of a mother and son. I love you mom… pic.twitter.com/dQ80nv7ral

Dunbar has been married to Beckie for 22 years. The couple is blessed with two children, a daughter, Madds, and a son, Brayden.

Dunbar is passionate about bringing Dallas-Fort Worth viewers the news that affects their lives, but he’s equally dedicated to making a real difference in the community. In 2016, he competed in the Ironman Triathlon World Championship in Kona, Hawaii as part of the Leukemia and Lymphoma Society’s Team in Training program. It was the journey of a lifetime in more ways than one, and when it was all over, Dunbar raised $156,000 for the fight against blood cancers!

He has also been honored with multiple EMMY Awards for his work. In 2014, he was recognized with a Regional Edward R. Murrow Award for his reporting on a group of local D Day veterans’ emotional return to Normandy, France.

Dunbar got a job as a DJ at a local radio station right out of high school. His radio career quickly took him from Monroe to Detroit and then from Detroit to Florida. He spent several years in Miami hosting his own afternoon radio show before eventually transitioning into broadcast journalism.

His first stint on national television certainly impressed the right people. He received messages of encouragement from not only CBS News President Susan Zirinsky, but also legendary CBS television journalist Bob Schieffer, complimenting him on his work.

An accomplished pilot, Dunbar is one of the few civilians who’ve ever had the chance to fly both the F-16 and the FA-18—even catapulting from the deck of the USS Harry S Truman AND trapping (landing) on it. He is also a former National Champion and record holder (since broken!) in the obscure sport of barefoot waterskiing!