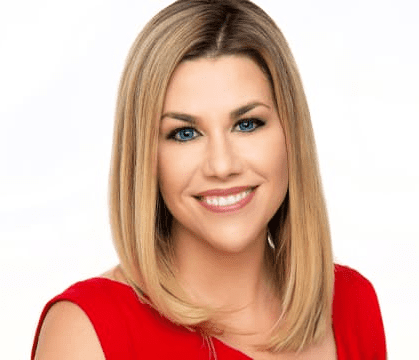 Emily Turner is a media personality serving as an anchor and investigative reporter at Action News Jax. She anchors the Sunday evening newscasts. Previously, she was a weather and traffic anchor and reporter at KPIX in San Francisco.

There is no information about her parents. She hasn’t also shared with the public whether she has siblings or not.

Emily is married to her husband Daniel Bowen. Together they have a son. Their son was born on March 11, 2020, the first day of the world pandemic, covid 19.

The couple got engaged in September 2017. The CBS San Francisco affiliate, KPIX, helped coordinate a surprise on-camera proposal for Emily while she was still working at the station. Producers worked with her then-boyfriend, Daniel Bowen, for weeks to find the perfect story to pop the question.

“What? What are you doing here?” Emily asked him. He took a knee and then asked her to marry him. She said yes and it was all captured on tape.

Turner anchors the Sunday evening newscasts on Action News Jax and is also an investigative reporter. She comes back to her hometown of Jacksonville and started with the station in July of 2021. Turner is a two-time Emmy Award-winning journalist with more than 14 years of experience in newsrooms across the country. She was on the ground during the Gulf oil spill, covered the Trayvon Martin and Casey Anthony cases, and won her two Emmys covering wildfires in California.

After interning at First Coast News, she got her start as a reporter in Mobile, Alabama then moved to Orlando and back to Jax with Channel 4. She moved to the anchor desk full-time in Tucson, Arizona before a brief stint hosting and sideline reporting on NBC Sports Network. She got back into the news in San Francisco, where she spent seven years working for CBS on the anchor desk, in the field, and doing the weather. With her move back, she is now completing the trifecta of Jacksonville newsrooms.

Turner is as busy outside of the newsroom as she is in it. She teaches English as a second language, plays golf, and regularly enrolls in community classes to pick up a new skill. She and her husband and their little boy live on the Southside with a grouchy pug and a golden retriever they both rescued. Turner loves a good story and a good laugh. If you have either, email her at eturner@actionnewsjax.com.