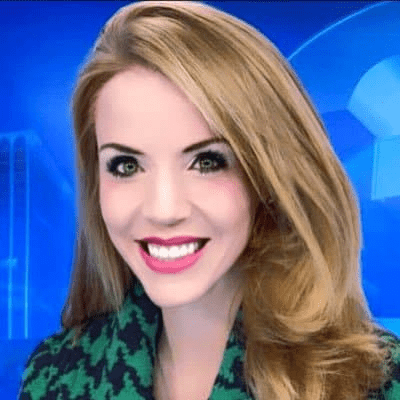 White is around 30 – 40 years old. However, her birthday is unknown.

White graduated from Auburn University in 2000 with a communications degree.

She and her family call Auburn home. However, there is no information about her parents and siblings.

White is married. She tied the knot with her husband in June 2018. Her husband runs a family construction business in East Alabama. They adore their two young children and spoil their dogs, Cole and Bingo.

Elizabeth is an award-winning reporter with nearly 20 years of experience covering East Alabama and West Georgia breaking news and events.

She’s a passionate storyteller with the deep community and law enforcement connections. She is dedicated to earning and keeping viewers’ trust by delivering accurate, timely information in a compassionate way on various on-air and digital platforms.

Elizabeth has won three Georgia Association of Broadcasting Awards. In 2012 she took home “Best News Story” for her coverage of Operation Iron Snare, an effort by The Lee County Sheriff’s Office to arrest parents who had not paid thousands of dollars in child support.

She won a second award in 2012 for her role in The St. Jude Dream Home Giveaway, an event she co-anchored for 12 years. She also won a “Best Sports Special” award for covering Auburn in the Sugar Bowl.

Elizabeth is best known for covering breaking news via Facebook Live, where she brings her viewers into an event as it is happening.