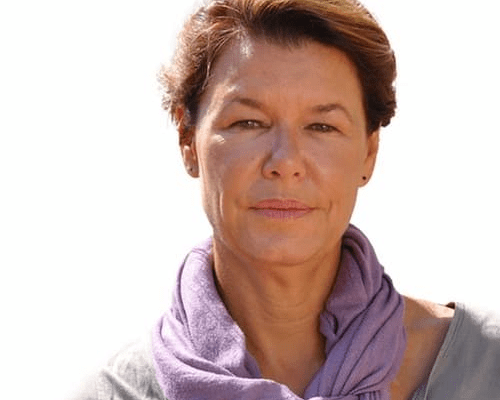 Alex Crawford is a British multi-award-winning media personality serving as a special correspondent for Sky News based in Istanbul, Turkey. She reports from across the region and on the biggest stories around the world.  Previously, she was based in Dubai, Delhi, and Johannesburg.

Crawford was educated at Cobham Hall School in Kent. She was also awarded a Doctor of Arts in recognition of her services to journalism.

“Very many thanks Solent University. You’ve truly brightened what’s been a very sobering and often traumatic few months and I feel exceedingly honored to be recognized in this way,” she said.

Crawford was born in Surrey to an English-Chinese mother and a Scottish father. She was brought up in Nigeria, Zambia, and Zimbabwe. Her father was a civil engineer while her mother worked for a construction company.

Crawford moved to the UK in her mid-teens, deciding not to bother with university and go straight into regional newspapers and then on to the BBC. Unlike her, her sister Frankie graduated with a Master’s in Human Rights from LSE.

Alex is married to Richard Edmondson, a sports journalist. She lives in Istanbul, Turkey, with her husband, and four children, son Nat and daughters Frankie, Maddie, and Florence.

Alex is a Special correspondent for Sky News. During her 30-year career, she has been arrested, detained, abducted, interrogated, and faced live bullets, tear gas, IEDs, and mortar shells.

Based in Istanbul, she reports on major stories around the world. Formerly based in Dubai, Delhi, and Johannesburg, Alex has covered events in Africa, South Asia, the Gulf, and the Middle East including covering the Arab Spring uprisings in Tunisia, Egypt, Bahrain, Libya, and Syria.

Alex was the first correspondent to independently access Myanmar’s Rakhine State, and get first-hand evidence of what the UN called ‘ethnic cleansing’ of the Rohingya.

Before relocating to Istanbul in 2017, Alex spent six years posted to Africa. While there, she reported on international intervention in Mali, becoming the first international journalist in the ancient town of Timbuktu; the hunt for Boko Haram in Nigeria and Cameroon; the spread of Islamic State militants in Iraq and Syria and rhino poaching in South Africa.

She has won numerous awards including 2 Emmys, and a BAFTA for coverage of the Ebola crisis, and is an unprecedented 5 times winner of the Royal Television Society Journalist of the Year award. She was also awarded an OBE by the Queen for her fearless journalism.