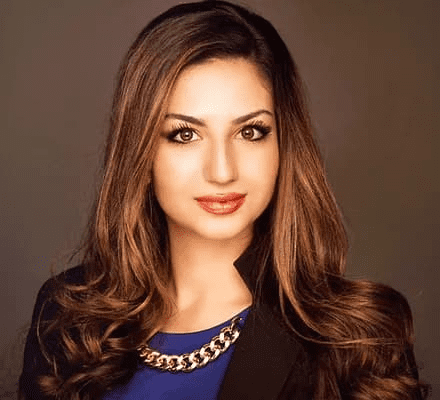 Elina Shirazi is a media personality serving as the space coast reporter at FOX 35 News. Previously, she was a multimedia reporter for Fox News in Miami.

Elina graduated from American University where she majored in Broadcast Journalism and minored in Business in 2015. She was a member of the Alpha Chi Omega Sorority, which focused on domestic violence awareness as their philanthropy. She also received the National Student Journalist’s award from NPR.

Despite being a media personality Elina has managed to keep her personal life away from the limelight. Therefore, she hasn’t revealed whether she is married, single, or in a relationship.

Shirazi is the space coast reporter at FOX 35 News. Before coming to the area, she worked for Fox News in Miami as a multimedia reporter. Most notably she covered the 2020 United States presidential election and Florida news, including the state’s recovery from Hurricane Michael, and the Super Bowl. Shirazi also traveled across the country for major breaking news, and also reported on the Iranian government’s lack of transparency during COVID-19.

She is excited to continue reporting in Florida and covering space coast news, including SpaceX launches and NASA.

Shirazi began her career as a producer for Fox News and later worked as a reporter and anchor for WDVM-TV, a station covering Virginia, Maryland, and the District of Columbia. She is originally from Northern Virginia but considers Florida to be her new home. She is also bilingual, she can speak Farsi fluently, and is always brushing up on her Spanish and French.

In her spare time, she loves traveling, reading, and finding new stories to uncover.