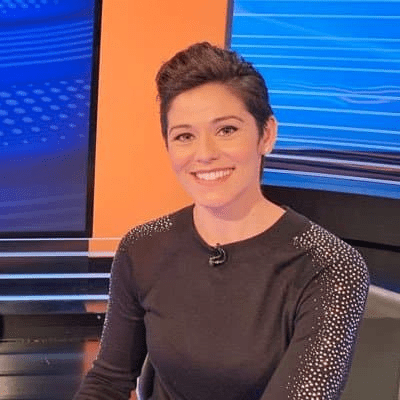 Eilidh Margaret Barbour is a sports broadcaster and a reporter covering the Euro 2020 championship. In 2017, she replaced Hazel Irvine as the main presenter for BBC’s golf coverage. Eilidh is also a reporter of Final Score since 2016.

Barbour was born on December 14, 1982, in Dunkeld, Perthshire, Scotland.

Even though Eilidh is very popular, her exact height is unknown.

She is a Scottish citizen by birth. She was born in Dunkeld, Perthshire, Scotland.

I have no idea what I’m doing. Wish me luck…. ??‍♀️??‍♀️ pic.twitter.com/ovaHtiddwy

The sports broadcaster is a 2005 graduate of the University of Stirling. She studied Film and Media Studies, with an emphasis on audio and video production.

From an early age, Eilidh already had an interest in sports. This is something she might have inherited from her father. Her father was a golf player. Barbour and her mother joined in the game when she was a teenager.

She is keeping a low profile on her personal life. It is therefore not known whether she is married, single or in a relationship.

She has also not shared with the public whether she has kids or not.

Barbour is a Sports presenter and reporter. She began her broadcasting career at STV, as an editor of the football and rugby highlights.

Later on, she became the presenter of STV Rugby for the 2011–12 season, where she focused on the Scottish rugby teams in the Pro12. Occasionally, she has presented the results and international highlights on BBC Scotland’s Sportscene.

In 2017, Barbour was named the main presenter for BBC’s golf coverage, replacing Hazel Irvine. She also joined the presenting team for Match of the Day 2 in 2018 when she stood in for the regular host, Mark Chapman. In addition, she became part of the BBC presenter team for the Women’s World Cup hosting, among others, the quarter-final between Germany and Sweden in June 2019.

In December 2019, Barbour was the presenter for the first Premier League game to be shown live on Amazon Prime Video, Crystal Palace vs. Bournemouth.

In an interview, Eilidh mentioned that she has not experienced sexism in her career which is male-dominated.

Eilidh Barbour Salary and Net Worth

Her salary is under review. However, she has an estimated net worth ranging between $1 million to $5 million.