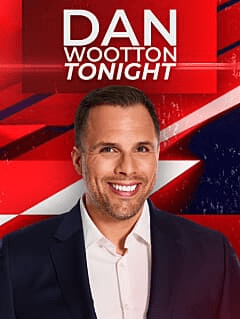 Dan Wooton is a media personality serving as a columnist for MailOnline and presents a daily show, four days a week, on GB News. Previously, he was an Executive Editor and Presenter of Dan Wootton Tonight GB News from 9 pm to 11 pm Monday to Thursday until he announced his departure in January 2021.

He attended Naenae College and Victoria University of Wellington, where he obtained a Bachelor of Arts degree in media studies and political science.

He grew up in Lower Hutt, a city in the Wellington region of New Zealand. However, there is no information concerning his parents’ and siblings’ identities. He holds both New Zealand and British citizenship.

Wooton has not revealed who his partner is. However, in 2013, he announced on his Twitter account that he is gay. He is also supportive of gay marriage.

In February 2022, Andrew Brady, a former Apprentice contestant, and ex-fiancé of Caroline Flack was jailed for four months for harassing Wootton and making false accusations of sexual offenses against him.

He started his career as a journalist in his native New Zealand, writing an entertainment column for the Wellington-based broadsheet newspaper The Dominion Post and was also a reporter for the daily television show Good Morning. He moved to the United Kingdom when he was 21, and after a period of working for trade magazines, he found a job with Broadcast magazine.

Dan joined the News of the World TV team in February 2007, becoming TV editor in November 2007, and show-business editor in November 2008 until its closure in July 2011, when he then became a columnist and feature writer for the Daily Mail and editor-at-large for Now magazine. He later testified to the Leveson Inquiry in 2012 about the News International phone hacking scandal. He denied illegally publishing stories collected through phone hacking while an editor at the News of the World.

In 2013, he joined The Sun newspaper launching a new column on Sundays. He became editor of the newspaper’s Bizarre column in 2014 and was promoted to associate editor (showbiz and TV) in 2016. He was named ‘Showbiz reporter of the year at the 2010, 2013, and 2018 British Press Awards. Dan also made appearances as a showbiz reporter on ITV’s morning show Lorraine between 2011 and 2019, and has been a guest on BBC Radio 5 Live.

2015, He and The Sun received widespread criticism for an article he penned for the newspaper titled “Hollywood HIV Panic”. HIV policy adviser Lisa Power called it “vile” and expressed disappointment that he had “lent his name to such a shameful piece”, saying that it reinforced stigma against people with HIV. British HIV charity the Terrence Higgins Trust called it “irresponsible”, and The BMJ, a peer-reviewed medical trade journal, also criticized Wootton’s article.

In July 2020, libel proceedings, brought by Johnny Depp against Wootton and News Group Newspapers, began in the High Court of Justice in the case of Depp v News Group Newspapers Ltd. The action is related to an article published in 2018 in The Sun describing Depp as a “wife beater”. On 2 November 2020, the court ruled in favor of News Group. Mr. Justice Nicol found that assaults were proven to the civil standard in 12 of the 14 incidents reported by Amber Heard, and he concluded that The Sun’s article was substantially accurate on the balance of probabilities.

In January 2021, he announced that he would leave The Sun and talkRADIO to become a columnist for MailOnline and present a daily show, four days a week, on GB News. In November 2021, his GB News program, Tonight Live with Dan Wootton, was rebranded.

Dan Wooton Salary and Net Worth