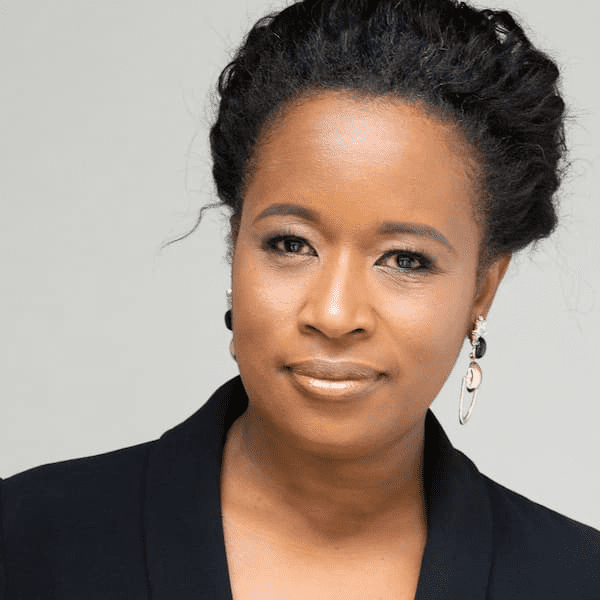 Charlene White is a British media personality serving as a News Presenter, on ITV News programs. She previously served as an anchor on Loose Women.

Born in Greenwich, London, England as Charlene Denise White on 22 June 1980, she is 42 years old.

Details of her stature are yet to be updated.

White attended Riverston School and Blackheath High School in Southeast London and graduated from the London College of Printing.

She was born to West Indian parents, whose identities have not been disclosed.

The journalist lives in South London with her husband Andy, together with their two children, born in August 2017 and October 2019.

Charlene was announced as the Lead presenter of ITV News London’s main 6 pm program on 30 May 2019. One year later ( on 12 August 2020) she made her debut as a guest presenter of Loose Women, and subsequently returned on 11 January 2021, being announced she w as to become a regular presenter

She became the first black woman to present ITV News at Ten in April 2014, where she was also an occasional relief presenter until October 2015. In addition, she also occasionally presented ITV Weekend News until 2019 and continues to act as a relief presenter of the ITV Lunchtime News & ITV Evening News.

The journalist served ITN in 2008 as a Newscaster for ITV News at 5:30, and would additionally present three short opts which aired as part of GMTV (later Daybreak) for ITV News London on ITV London, duties she held until October 2012, though remained as a Presenter of ITV News London’s main 6 pm program.

She worked as a Reporter for Radio 1 Newsbeat and its sister digital station BBC Radio 1Xtra in 2002. 3 years later she teamed up with DJ G Money as a Presenter on 1Xtra’s two-hour news, magazine, and documentary program TX, having previously served as a Reporter and Producer for ITV News Meridian on ITV Meridian in Kent.

White also served as a Presenter and senior broadcast journalist at BBC Look East, Radio 5 Live Morning Reports, BBC Three 60 Seconds, and BBC News, during which she had her late-night talk show on BBC London.

Charlene is remembered when she refused to wear a Remembrance Day poppy while presenting an ITV News bulletin, stating: “I prefer to be neutral and impartial on screen so that one of those charities doesn’t feel less favored than another.” It was reported that following the decision not to wear a poppy, she faced racist and sexist abuse on Twitter.

In the 2020 and 2021 editions of the Powerlist, White was listed in the Top 100 of the most influential people in the UK of African and African-Caribbean descent.

ITV has announced its plans for the coverage of the state funeral of Queen Elizabeth II on Monday 19 September 2022 from Windsor Castle and Cherlene has been chosen as one of ITV’s royal reporters.

The giant media organization will produce the broadcast with reporters leading coverage from key locations including Westminster Abbey, The Mall, and Wellington Barracks. Charlene White will be with mourners in London.

Charlene White Salary And Net Worth

Her salary and net worth are still under review and shall be updated soon.