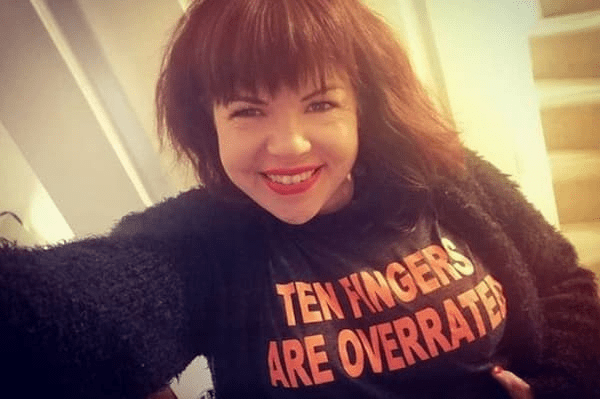 She studied Spanish and French at Durham University achieving a 2:1 with a distinction in Spoken Spanish and a Post Graduate Certificate in Education at the University of Bristol.

She is married to Steve, a software engineer. The couple met online in 2010 and they reside in Bristol.

She has a daughter, Nora.

Briony May Williams Bake Off

May Williams realized her passion for baking after she was diagnosed with polycystic ovarian syndrome (PCOS) and she had to stay off work for a while. She needed something to keep her busy that’s when she started baking in 2013. She watched baking tutorials on YouTube for inspirations.

She is a TV Presenter at Channel 4 for Food Unwrapped, a British television series alongside Matt Tebbutt, Kate Quilton, Jimmy Doherty, Amanda Byram and Andi Oliver. It was launched in 2012 and has run for 19 series. The series travels the world to see how popular food is both produced and celebrated. However, past episodes are available to stream on All 4.

May Williams was born with a limb difference in which her left hand stops at the wrist. She calls it her “little hand”. In an interview she said;

‘My Mum brought me up to never let my hand stop me from doing anything, so it was never an issue for me growing up, I just got on with it,’ ‘I was really lucky as I never encountered bullying. I’ve had the same, very good friends since I was two. I think going from nursery to primary school with them helped a lot because they just saw it as normal. They didn’t notice any difference.’

Growing up, Briony was not used to the term disabled until after the bake off. She embraced it and came to understand that it didn’t have to be negative. Though she has made certain adjustments in her life over the years, she considers her little hand as a minor disability.

‘Overall, my little hand is such a minor disability compared to what other people have to deal with. I have to make some small adaptations in my day-to-day life, but it’s fine. I can still do everything that I want and need to do.’

Briony May Williams Net Worth