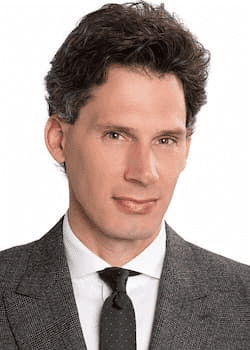 Bo Koltnow is an American media personality serving as a TV News reporter and anchor for WFMZ-TV. On weekdays, he reports for 69 News and anchors the 69 News at Sunrise: Weekend Edition on Saturdays with co-anchor Karin Mallett.

Koltnow was born in Akron. However, his age is unknown.

Koltnow graduated from Ohio University with a B.S. in Organizational Communications in 2001.

There is no information about his family, parents’ identities, and siblings. Therefore, it is not clear whether he has siblings or not.

Koltnow is married to his beautiful wife Jennifer Olesak-Koltnow, a Jewelry Designer at Silversmith. The couple loves posing for photos.

Koltnow is a TV News reporter/anchor for WFMZ TV. He reports weekdays for 69 News and anchors the 69 News at Sunrise: Weekend Edition Saturdays with co-anchor Karin Mallett. During his tenure with 69 News, he’s covered everything from Barack Obama’s 2008 inauguration, the Jerry Sandusky trial, the Boston Marathon bombings, the devastation of Superstorm Sandy at the Jersey Shore and in Lower Manhattan, and a nearly two-dozen-story adventure series called “Bo’s Xtreme Adventures.”

In 2019, the Pennsylvania Humane Society named him their Media Hero of the Year for his work on animal issues, specifically highlighting puppy mills.

In the fall of 2017 and winter of 2020, Koltnow traveled to Puerto Rico to report on Hurricane Maria and the massive earthquakes. Traveling deep into the mountains and along the coast, he wrote on the daily struggles of Puerto Ricans coping with the after-effects of both disasters; both assignments garnered Mid-Atlantic Emmy nominations. In 2021, he also received an Emmy for covering the 2020 Presidential election.

Bo Koltnow Salary and Net Worth