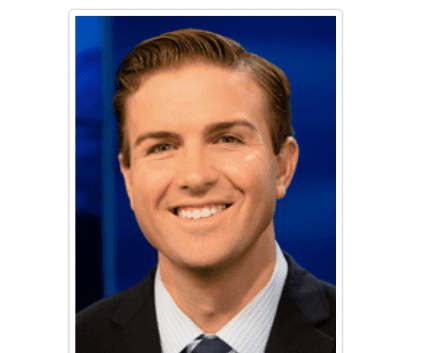 Blake Essig is an American media personality serving as an International Correspondent for CNN based at the network’s Tokyo bureau. He covers major news from Japan and the Asia-Pacific region. Previously, he served as a Freelance Reporter for KTUU Channel 2 in Anchorage, Alaska.

He has managed to keep his parents out of the limelight. It is also not known whether he has siblings or not.

Essig is married to Haley.

Essig is an International Correspondent for CNN. He is based at the network’s Tokyo bureau and he is responsible for covering major news from Japan and the Asia-Pacific region.

Prior to joining CNN, Essig worked as a multimedia journalist at KTUU Channel 2 in Anchorage, Alaska from July 2012 to December 2019. While there, he covered major breaking news stories including deadly plane crashes, earthquakes, flooding, and wildfires.

He produced a five-part series on Alaska’s whalers focusing on the history and controversy surrounding the subsistence hunt, as well as producing a weekly series that profiled people, events, and life in one of the most beautiful and unforgiving locations in the world.

While on special assignment, Essig filed in-depth reports from the front line of the war in Afghanistan, he followed a trade delegation from Alaska to China as the trade war ramped up, produced several long-form pieces on the climate crisis, and reported from the 2014 Winter Olympics in Sochi.

Essig has been recognized with multiple accolades during his career including seven Edward R. Murrow Awards, three Emmys, and a Sigma Delta Chi Award from the Society of Professional Journalism.