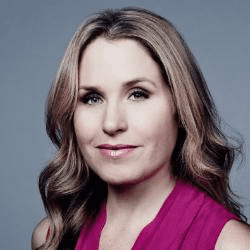 Ashley Fantz is a media personality serving as an Investigative reporter for CNN. She joined the network in September 2006 and she is based in Atlanta. Previously, she was a Staff reporter for the Miami Herald covering the state’s child welfare system and the criminal justice beat.

There is information about her age and where she was born.

She received her Bachelor’s degree in Journalism from the University of Missouri-Columbia in 1998. She also studied Comparative Political Theory and Musical Theater at Imperial College London.

When it comes to her family, Ashley has been very secretive. She has managed to keep her parents identity out of the limelight. It is also not clear as to whether she has siblings or not.

She has kept her personal life away from the public. It is therefore not clear whether she is married, single or in a relationship.

Fantz is an Investigative reporter for CNN. She has reported a range of high-profile stories for CNN. Her 2018 investigation “Destroyed” which won an Eppy award and was nominated for an Emmy, revealed that dozens of law enforcement agencies across the nation have destroyed rape kits, many never tested for DNA in unsolved cases. In at least 400 cases, prosecutions still could have been made. The story caused change: several police departments stopped destroying rape kits, launched internal reviews and revised their investigative practices. Inspired by the story, a Georgia lawmaker drafted legislation, which became law, mandating the preservation of rape kits. A leading non-profit that advocates for sexual violence survivors created model legislation encouraging the same action in other states.

Following that investigation, Fantz turned to Asheville, N.C., to unearth a story about a longtime charity leader’s criminal charge involving a sex crime committed against a teenage girl. The survivor, now 47, told her story for the first time to CNN. Those revelations and Ashley’s reporting on the charity leader’s dubious awards ultimately led to the man leaving the charity and other organizations stripping him of several honors.

Her multimedia investigation “The Uncounted” revealed that military family members are committing and contemplating suicide just as service members and veterans are taking their own lives. The story showed the military’s failure to track family member suicides.

Before joining CNN, Fantz was a general assignment reporter with the Miami Herald covering the state’s child welfare system and the criminal justice beat. She was also a Freelancer and fellow at Salon.com and International Center for Journalists and a Staff reporter at Miami and Broward New Times.