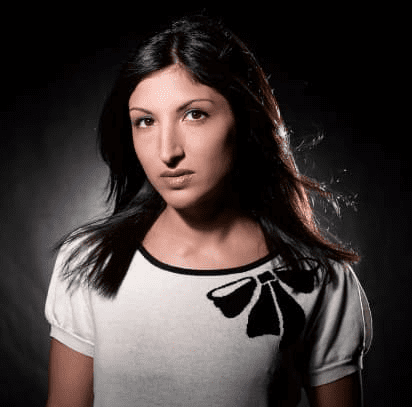 Azi Farni is a media personality serving as news and sports presenter for the BBC. She has also been a pit-lane interviewer for MotoGP coverage.

After completing her A-Levels, she enrolled at Falmouth University where she attained a BA(Hons) in Broadcasting.

Azi lost her mother to cancer. On September 12, 2019 she wrote a touching message about her.

“Let me tell you about my mum. She was hilariously funny, fiercely loyal and generous. A lively, big, personality who always spoke her mind and supported those around her. Above all she was the strongest person we knew.

“When doctors told us at the beginning that there wasn’t much they could do for her, she defied them not only by living another 10 years but by living her best life for that decade. It was easy to forget that she was in considerable pain when she was the first to the dancefloor at parties and the life and soul of every social gathering. It’s not that she hid her pain, she just didn’t let it stop her.

“Mum’s bravery was partly down to her being stubborn as hell. She was never wrong and she did things exactly as she wanted! When she was repeatedly told that she didn’t have long left she was like “no, thanks”. She kept going for 10 whole years, never letting the quality of her life drop (or her social life stop!) When she was told she only had weeks left she kept going for another 6 months, making sure she met her second grandchild, and when we were told she only had days left, she kept up her fight for another 2 weeks.

“When someone dies because of cancer people always say they lost their battle with it. My mother didn’t lose her battles – she won every single one. And as for the war, well, technically the cancer died when she did so we’ll call it a draw.”

On June 28, 2020 Azi also posted on Instagram; “This bottle of Johnny Walker Blue Label was given to me as present by my dad in the summer of 2001. For some reason, instead of opening it straight away, I told him that we would open it together when Liverpool won the league. The club had just done the treble (FA, League and UEFA cups) so I guess I was feeling optimistic that we wouldn’t have to wait too long. Ha! Well almost 2 decades, 6 managers, 2 Champions Leagues, 2 League Cups, 2 Super Cups, 1 FA Cup, 1 Club World Cup, a Gerrard slip and a record runners up points tally later, we finally opened the bottle!”

Farni is a sports presenter for the BBC. Her key tasks include: Researching sport news stories, writing scripts and presenting news bulletins. She has also been a pit-lane interviewer for MotoGP coverage.

Azi Farni Salary and Net Worth